The reading will also be streamed on Two River Theater's YouTube channel from Thurs, Sept 17, at 7PM EDT – Sun, Sept 20, at 7PM EDT.

Streaming is free and donations of any amount from viewers will be greatly appreciated.
Ticket sales will close four hours prior to event time

Playwright-in-residence, Madeleine George began her relationship with Two River nine years ago with the world premiere production of her play Seven Homeless Mammoths Wander New England, a deliciously smart and funny “academic sex comedy” about life in a small university town. In George’s play, Dean Wreen’s college is in dire financial straits, and a plan to close its on-campus natural history museum is sending unexpected shock waves in every direction—just as the Dean’s ex-girlfriend has come back into her life. This definitely complicates things with her much younger girlfriend, Andromeda. Neither budget cuts nor the shadows cast by seven about-to-be-homeless mammoths are any match for the sweet taste of romance in this hilarious and deeply moving play. 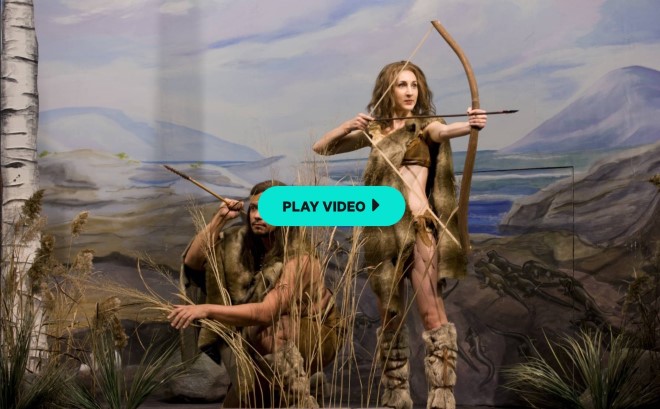