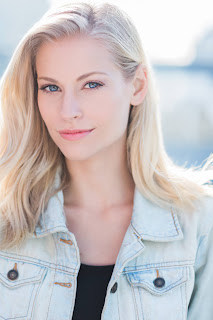 WHEN: Wednesday, September 16, 2020, at 7pm EDT
WHERE: hosted on Zoom on each participant’s desktop computer and played on the smartphone-based trivia game APP called Kahoot. Closed Captioning for this event can be made available by request by emailing info@stnj.org by September 11.
TICKETS: A minimum donation of $5 allows patrons to participate in the trivia challenge.
To sign up for Trivia Night, go to STNJ.org/Trivia.

Broadway Online Trivia Night will be hosted by actress Kathryn Boswell, who performed the role of Cynthia Weil in the national tour of Beautiful—The Carole King Musical at the State Theatre in 2019. The Broadway-themed trivia will be composed of 50 multiple choice questions covering everything from classic musicals like The Music Man and Fiddler on the Roof to composers and stars like Stephen Sondheim and Bernadette Peters, to newer musicals like Hamilton and Mean Girls.

State Theatre was built in 1921 as a silent film and vaudeville palace. Recognizing the historic significance of the theater, PBS honored State Theatre New Jersey by featuring it in its documentary series, Treasures of New Jersey, in the fall of 2018. “Treasures of New Jersey: State Theatre New Jersey” can be streamed at STNJ.org/History. Today, State Theatre is the largest performing arts center in Central New Jersey and has welcomed over 5.9 million people through its doors since reopening as a non-profit performing arts center in 1988. State Theatre New Jersey is a cornerstone of the cultural vitality of Middlesex County, and averages a total economic impact on New Brunswick and the surrounding area of more than $18 million a year. The mainstage programs have featured high-caliber artists such as Diana Ross, Tony Bennett, Kevin Hart, Ringo Starr, Melissa Etheridge, John Leguizamo, Harry Connick, Jr., Diana Krall, and Crosby, Stills & Nash. Program offerings include Broadway, orchestra, family, dance, comedy, rock/pop, jazz, Performances for Schools, and Sensory-Friendly Performances.