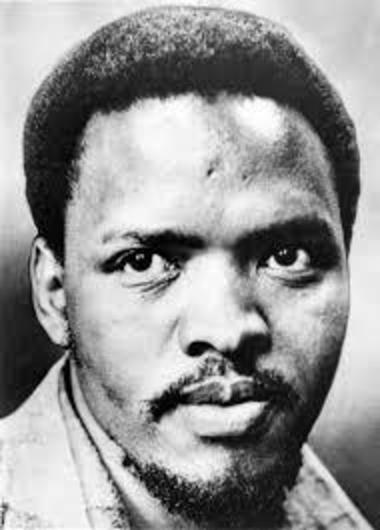 September 12 is the 43rd anniversary of the death of the South African activist, Stephen Biko. I read about his death in the New York Times, while sitting in an empty train station in Philadelphia. The article told how Biko had been detained for weeks by the police. Later inquests showed that he had been tortured and severely beaten. On the same page there was also an article describing how a meteor had fallen through a roof in Kansas landing on a coffee-table. And it was then, in that deserted train station, that a poem began to take form. At this time of great upheaval and reckoning in our nation, I’ve asked my friend Evander Duck, Jr. to read the poem in Biko's memory. —Gabor Barabas 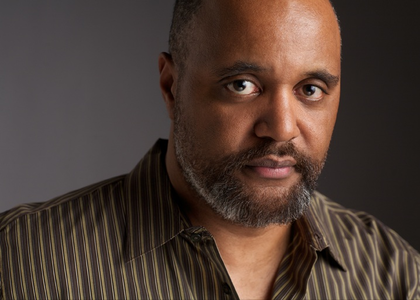 Evander Duck, Jr.
Evander’s roots are in Asbury Park and Neptune, New Jersey. Film, Theatre, and Community Service seeds were planted early by a family immersed in Arts and Social Activism. His journey toward the dramatic arts began during his medical residency program. Practicing medicine 9 to 5, he looked forward to evening hours when he would B-line over to NYC and study at the American Academy of Dramatic Arts, (AADA). Upon graduating he began auditioning and working in showcases, regional theatres, shorts, student, and independent films, and commercials. During this time, Evander continued to practice medicine, raise his kids, and study the acting craft at various NYC Studios. Training at the Actors Center led him to study under the late Lloyd Richards which enhanced his commitment to the craft. He began to earn work in AEA & SAG-AFTRA productions. Acting became a priority, and led to the decision to pursue the craft as a primary profession. Broadening his toolbox, Evander paused the audition hustle to earn an MFA in Classical Acting at George Washington University. His work continues in film, television, and theatre as does his appreciation and passion for storytelling.
Posted by Ruth Ross