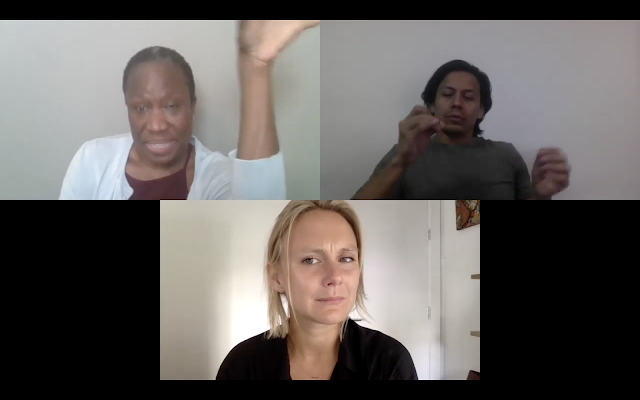 THE BREAKOUT ROOM
by Bernardo Cubria
WHEN: September 17 at 8pm
WHERE: on Facebook Live and YouTube. The performance will subsequently be available on Luna Stage’s website. Further details and registration for this event can be found at lunastage.org/voting-writes.

Luna Stage announces the World Premiere of Bernardo Cubría’s The Breakout Room. This new play about non-voters trapped in a dystopian Zoom reality is part of the theatre’s Voting Writes Project, a two-month interdisciplinary arts event featuring commissioned plays, films, a concept album, a virtual dance party, and other interactive experiences celebrating civic engagement ahead of the November 2020 election.

In The Breakout Room, people who didn’t register to vote are condemned to a Zoom room where all they can do is wait. “I wanted to examine the pain of being stripped of agency in a country that pretends it is a given right,” said Cubría. “I really wanted to juxtapose that with the privilege of not voting. What does it say when you can vote but choose not to? Oh, and I hope it's funny.”

Cubría was recently nominated for best playwright at The Ovation Awards, Stage Raw Awards and The Los Angeles Drama Critics Circle Awards for his play The Giant Void In My Soul.

Inspired by the play No Exit, Cubría drew on his frustration with friends who are refusing to vote in this year's election. “I kept thinking of how the characters in No Exit are just waiting to find out their fate and how they have no control over the next phase of their lives,” says Cubría. “It reminded me of the people who have had their vote taken from them: the thousands of people taken off of voter rolls or being redistricted without being told.”

The Breakout Room is the first in a series of commissioned plays for Luna’s Voting Writes Project. Other theatrical experiences will premiere on Thursdays throughout September and October, including World Premieres by Jenny Lyn Bader, Jessica Brater, Rachel Shapiro Cooper, and Kaela Mei-Shing Garvin. Each of these plays examines the themes of suffrage, civic participation and voter engagement.

The Voting Writes Project is created in collaboration with The Andrew Goodman Foundation, and supported in part by the National Endowment for the Arts. It features commissioned virtual concept albums and short films, in-person solo shows, and other interactive experiences. All events are open and free to the public, though registration is encouraged. A complete calendar can be found at https://www.lunastage.org/voting-writes. 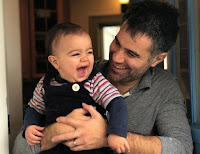 Bernardo Cubría was recently nominated for best playwright at The Ovation Awards, Stage Raw Awards and The Los Angeles Drama Critics Circle Awards for his play The Giant Void In My Soul. The play is receiving its Regional Premiere at Stages Repertory Theatre in Houston, Texas in 2021 and its International Premiere at Foro Shakespeare in Mexico City in 2021. The play received a reading at Circle in the Square on Broadway in 2019. He was the co-writer of the short Spanish Class that won Best Comedy at The NBC Universal Shorts Awards in 2018.  He is currently working on a screenplay with Gina Rodriguez for her production company “I Can and I Will.”