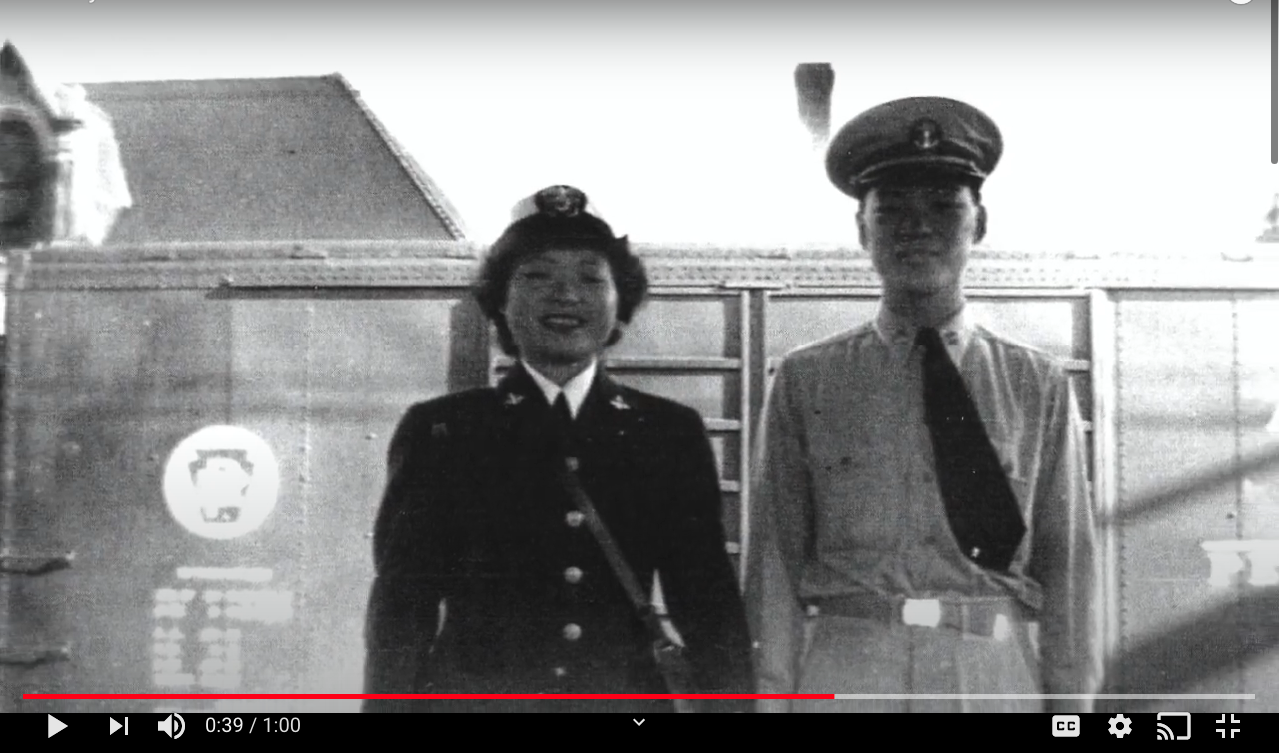 As MOCA celebrates its 40th Anniversary in 2020, the Museum has been reflecting on the diversity of untold stories it has been able to tell to enrich the American narrative. Since its earliest days, MOCA has been sharing one of the greatest untold stories of the Greatest Generation: the story of Chinese American Veterans who served in the U.S. armed forces during World War II.

In the above photo from MOCA's Collections, a WWII-era military uniform is on display (lower left) as part of the Museum's first permanent exhibition Where Is Home?

It is a testament to these veterans' place in history and to remind the public that their acts of patriotism, loyalty, and courage occurred at a time when the Chinese Exclusion Act of 1882 prevented non-U.S. born Chinese Americans from obtaining citizenship.

With September 2020 marking the 75th anniversary of the end of WWII, MOCA and its fellow commemorative partners American Legion Cathay Post 384, Chinese American Citizens Alliance (C.A.C.A.), and Chinese Historical Society of America (CHSA) would like to invite you to the 75th Anniversary WWII Chinese American G.I. Honor Event. (Watch the video trailer).

This ceremony, the second virtual event in the WWII Chinese American G.I. Program's yearlong series of commemorative events honoring these veterans, will be broadcast on YouTube on Saturday, September 26, 2020, from 4 P.M. to 5 P.M. EDT (1 P.M. to 2 P.M. Pacific Time).

This virtual event is a moment for people across the U.S. to commemorate the 75th Anniversary of the end of WWII and honor Chinese American WWII Veterans from California. Of the 20,000 Chinese Americans who served in WWII, the largest number came from the Golden State. Participants will listen and learn from senior WWII Chinese American veterans, plus currently serving and retired military personnel, as they share their personal stories and life lessons to future generations. [Please note that these events do not replace the Congressional Gold Medal (CGM) national ceremony postponed due to COVID-19. The CGM national ceremony will be rescheduled by Congress at a later date and will be followed by regional events.]

The event is FREE but advance registration is required. For more information and to reserve your spot so that you can receive the YouTube link prior to the ceremony, REGISTER NOW.