The 27th season of the WP Summer Jazz Room Series is going virtual!

William Paterson University is proud to present a special week of FREE online evening jazz concerts, recorded live in the Shea Center for the Performing Arts, that we are calling WP Summer Jazz Room at Home. Enjoy four nights of world-class jazz from the comfort of your home, watching and listening on your computer, tablet, smart TV, or phone.

Sittin' In Meet-the-Artist  sessions will be prerecorded on July 20 and 21. Audience members can submit questions in advance to newmant@wpunj.edu.

Register now for these free virtual events by clicking the event registration links below. You will be sent a link via email from the Shea Center Box Office to access the live stream concerts and Sittin' In Meet-the-Artist sessions.

Donations are welcome to help support WP jazz student scholarships, the WP Jazz Room Series, or the purchase of a new Steinway piano for the Shea Center for Performing Arts. 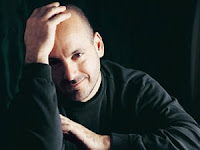 Pianist Richard "Tardo" Hammer has worked with Bill Hardman, Junior Cook, Lionel Hampton, Lou Donaldson, and the Art Farmer-Clifford Jordand Quintet, among many others. He made his recording debut alongside Al Cohn and Mel Lewis in trumpeter Al Porcino's big band and has been a choice accompanist for jazz vocalists including Annie Ross, Earl Coleman, David Allyn, Abby Lincoln, Teri Thornton, Marion Cowlings and Jon Hendricks. Since 1999, he has been recording as leader with his trio. His sixth and most recent album is Swinging on a Star, recorded for Celler Live. He also appears as a sideman on CDs by Warren Vache, Charles Davies, Grant Stewart and many others.

WP alumna Alexis Cole has been called "one of the great voices of today," by Jonathan Schwartz, and has performed with the Boston Pops and New York Philharmonic and at venues from Avery Fisher Hall to the Kennedy Center. She has recorded for Motéma Music, Chesky Records, and Venus Records, Japan and has nine recordings, featuring Fred Hersch, Eric Alexander, Matt Wilson, Harry Pickens, Don Braden and Pat LaBarbara. Alexis is the recipient of a Swing Journal Gold Disk award, and winner of the NY Jazzmobile and Montreux Jazz Festival vocal competitions.

Raised in Osaka, Japan, now living in New York City, Akiko Tsuruga has performed with Frank Wess, Jimmy Cobb, Grady Tate among many others, and was a member of the Lou Donaldson quartet. She has 10 albums as a leader, with her first album selected as a "Best album of 2007" in Downbeat Magazine. Akiko has been a regular in the Downbeat polls since 2008, coming in at #2 in the "Rising Star: Organ" category. Hot House Magazine just named her 'Best Organ" in the 2017 Readers Poll. Her albums constantly place in the top ten on the National Radio Jazz Chart. She recently released a trio project entitled Equal Time. 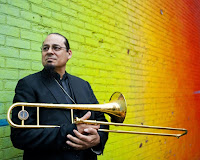 If you are interested in providing support to the WP jazz program, there are several ways you can do so including scholarships for WP jazz students, production of the WP Jazz Room Series, or the WP 88 Keys Campaign, which will provide funding for the purchase of a new Steinway piano for the University's Shea Center for Performing Arts.

You can show your support by going to wpunj.edu/giving, click on the giving form, and write in a choice of designation.