75th Anniversary of the Hiroshima-Nagasaki Bombings — Join the LIVE Conversation

Explore Our Nation's Past
Discover the people and events that help document the American story.
This weekend, we'll mark the upcoming 75th anniversary of the bombings of Hiroshima and Nagasaki, Japan, with a series of programs.

Join us again Thursday, Aug. 6, and Sunday, Aug. 9, as we continue anniversary programming with LIVE co-productions with Washington Journal. Full program details are below. 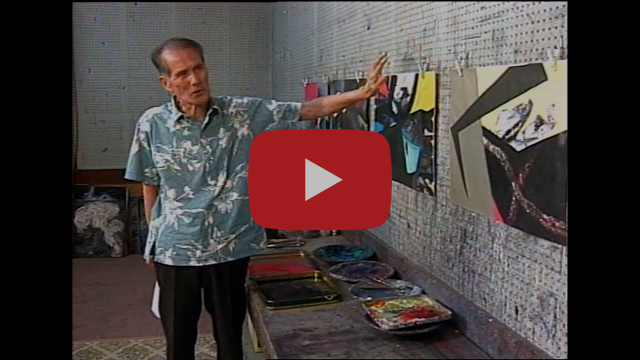 The Spirit of Hiroshima
(1996)
on Reel America®

On Aug. 6, 1945, the United States dropped an atomic bomb on Hiroshima, Japan, instantly killing more than 100,000 of the roughly 300,000 residents. Injuries and deaths from radiation haunted the city for decades. "The Spirit of Hiroshima" is a documentary produced for the 50th anniversary of the bombings and features the stories of survivors — and of a young family in Hiroshima trying to make sense of those events.

“The schoolchildren and I had been working in the building about 10 minutes when a sudden flash of light made me think there was a bomb in the building … The image of those students will never leave me — running over to me with their hair all wild, hollow and dirty faces, helplessly waving their arms at me. That scene later led me to make a painting, called Scream.” —TSUTOMU MASUDA 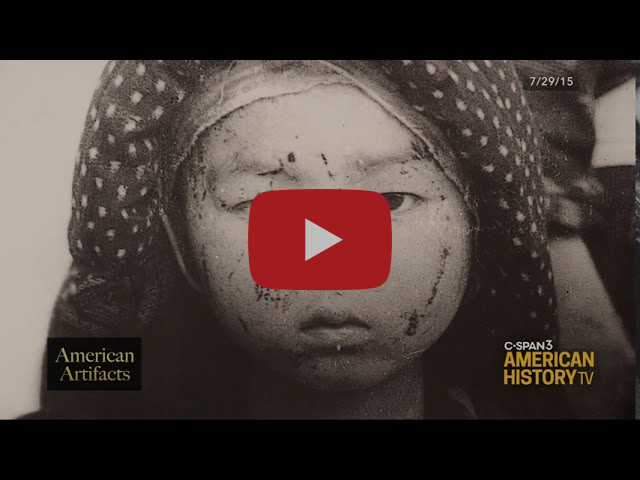 Peter Kuznick gives a tour of an exhibit marking the 70th anniversary of the bombings of Hiroshima and Nagasaki. The exhibit was created in cooperation with the Hiroshima Peace Memorial Museum, the Nagasaki Atomic Bomb Museum and the American University Museum. The exhibit included artifacts from the ruins, photographs, drawings by surviving children, and six large folding screen paintings by Japanese artists Ira and Toshi Maruki.   Watch a preview. 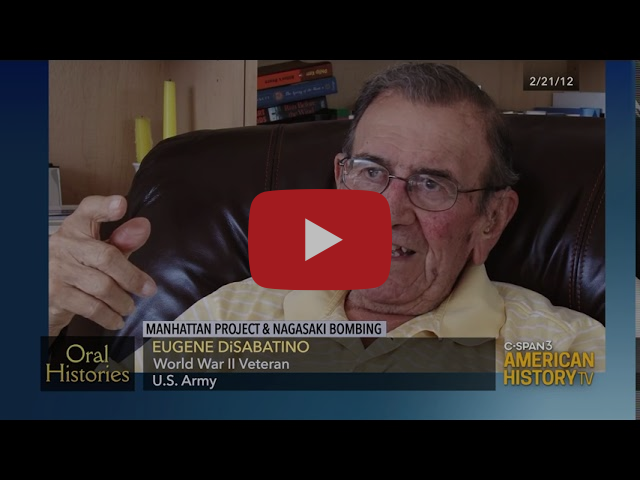 To mark the upcoming 75th anniversary of the two atomic bombs dropped on Japan, we feature a 2012 oral history recorded by the National World War II Museum. Army veteran Eugene DiSabatino talks about his assignment to the Manhattan Project, including being stationed at Los Alamos and accompanying the second bomb to Japan. The National World War II Museum provided the video.   Watch a preview. 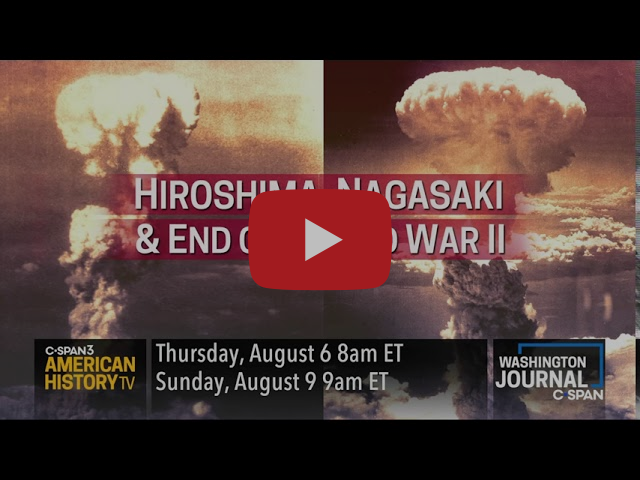 Next Week: Two Washington Journal Co-Productions on the 75th Anniversary of Hiroshima and Nagasaki Bombings

American History TV and C-SPAN’s Washington Journal will be LIVE to look at the strategic situation in World War II’s Pacific theater leading up to the bombings, President Harry Truman’s decision to use the new weapon and the impact of these atom bombs.

On Thursday, August 6, we’ll be LIVE from 8 am to 10 am ET on C-SPAN. Guests include Ian Toll, author of Twilight of the Gods: War in the Western Pacific, 1944-1945, and President Truman’s grandson, Clifton Truman Daniel. And then, on Sunday, Aug. 9, we’ll be LIVE on C-SPAN and C-SPAN3 from 9 am to 10 am ET. Guests on both programs will respond to viewer calls and tweets.

Monday — Korean War Oral Histories
The Korean War began on June 25, 1950, and ended with an armistice agreement in July 1953. On a night of oral histories with Korean War veterans, we begin with Carl House, who recounts his part in the amphibious landing at Inchon, a victory for U.N. forces which turned the tide early in the war. He also talks about the surprise Chinese counterattack and intense combat at the Battle of Chosin Reservoir, where he was captured, and details the squalid conditions and suffering he endured as a prisoner of the Chinese. The Korean War Legacy Foundation conducted this 2014 interview in Louisville, Kentucky.

Tuesday — Reel America Police Training Films
American History TV's Reel America series features archival films that provide context for today's public affairs issues. On this night, we'll show four police training films. First up is "Mob and Riot Control" from 1964, a film that addresses how to use batons, smoke and tear gas to subdue civil unrest. After that, we'll present an orientation film for new police officers from 1965 — "A Great and Honorable Duty." Since tear gas has been in the news lately, we'll then show "Tear Gas in Law Enforcement," a 1962 training film describing what it's made of and how to use it correctly. And, finally, a more recent Justice Department film from 1993, "Use of Force Model," presents guidelines for when to use force when confronting a group of unruly protesters.

Wednesday — Manhattan Project
In a talk hosted by the Smithsonian Associates, Martin Sherwin talks about World War II's secret Manhattan Project, beginning with the discovery of fission in 1938 through the use of atomic bombs on the Japanese cities of Hiroshima and Nagasaki. Mr. Sherwin is the co-author of A World Destroyed: Hiroshima and Its Legacies, and co-author of the Pulitzer Prize-winning biography American Prometheus: The Triumph and Tragedy of J. Robert Oppenheimer, about the physicist who was one of the leaders of America's wartime nuclear efforts.

On the go? Get American History TV podcasts — available here or wherever you get your podcasts.