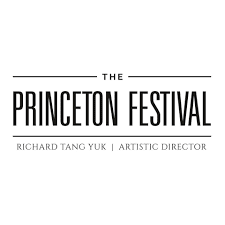 WHEN: June 22-28. Most events are posted at 9 am and remain on the website through June. However, viewers must access both the opera and a June 26 WWFM broadcast of Baroque choral music at their scheduled times.
WHERE: www.princetonfestival.org
ADMISSION: free

A Grammy-winning vocalist, a Metropolitan Opera soprano, and Japan’s most celebrated poet are among the artists added to the final week of the Princeton Festival’s free season of online performances. They are part of a 10-event week to close out the season, culminating in a June 28 video stream of the Festival’s 2014 production of Wagner’s iconic opera The Flying Dutchman.

New events include a music video with celebrated vocalist Sylvia McNair and soprano Paloma Friedhoff Bello singing “A Million Dreams” from the musical The Greatest Showman on Tuesday, June 23. Ms. McNair can also be heard in podcast interview about her international career on Wednesday, June 24.

Jennifer Zetlan, who has appeared at the Met, on Broadway, and at Carnegie Hall, will sing arias by Stravinsky and Mozart in a video to be released on Saturday, June 27.

On June 22 Shuntaro Tanikawa, Japan’s best-selling poet, adds a new segment to an anthology of poetry readings created by 12 well-known poets especially for “Virtually Yours.” Cellist Elizabeth Thompson, pianist Brian Wang, and tenor Ronald Samm are the other recent additions to the schedule.

Wagner’s The Flying Dutchman, streaming at 1 pm on Sunday, June 28, is about a woman obsessed with the legend of a ship’s captain who must sail the seas forever unless he is redeemed by selfless love. Suddenly his ship appears in the harbor. The opera is famous for the power of its music.

The full roster of “Virtually Yours” for the fourth and final week is:

More details are available at https://princetonfestival.org/virtually-yours/