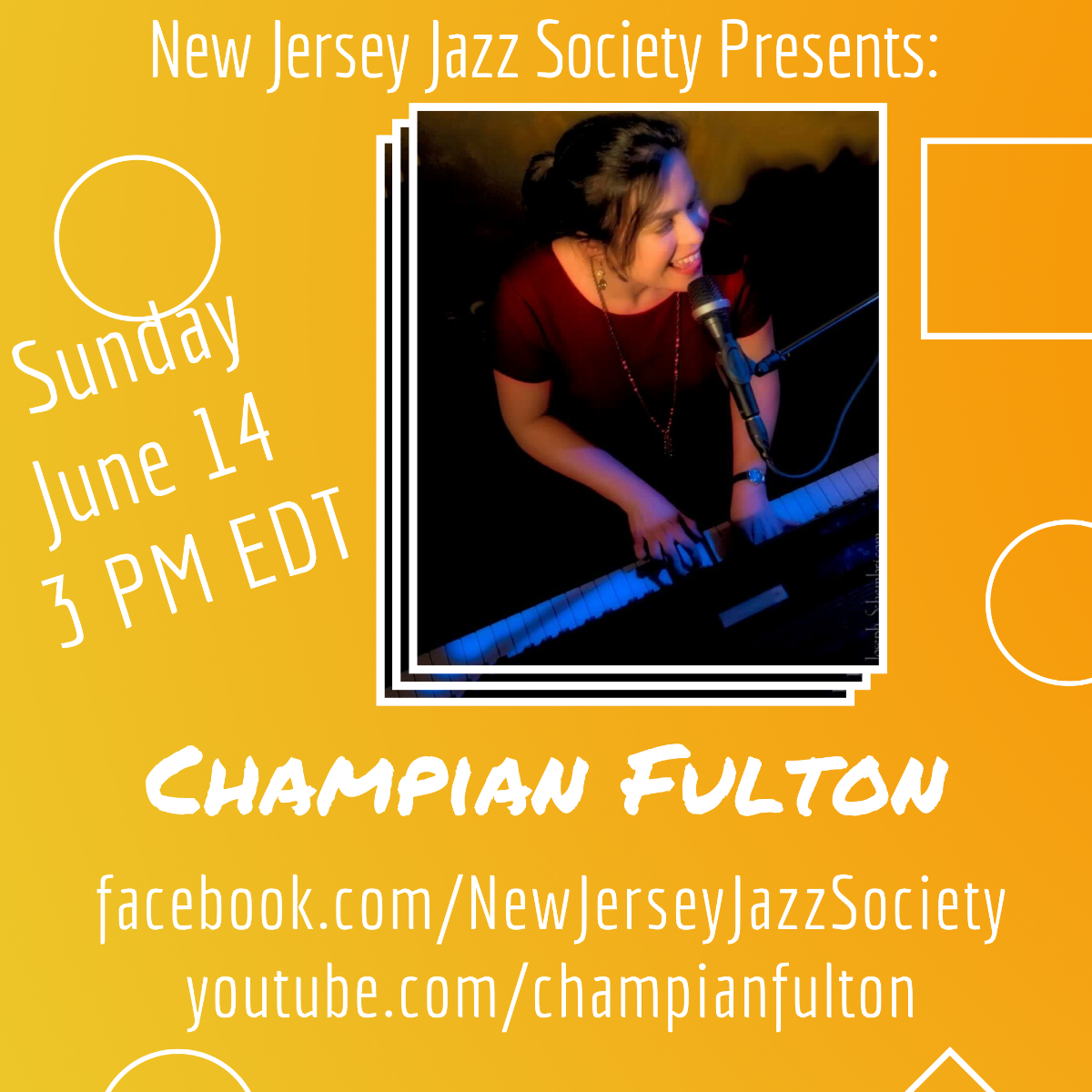 Since March 28, Champian Fulton has been presenting live video concerts on Facebook and YouTube from her New York apartment. This Sunday, June 14, Fulton will perform live from 3-4 p.m. Plan on joining a few minutes beforehand to ensure that you connect before the performance begins.

This video concert replaces Fulton's scheduled appearance at the June NJJS Social, which would normally have been held at Shanghai Jazz in Madison, if not for the coronavirus pandemic.

"I've really been enjoying these online concerts a lot," Fulton says. "Some nights there are themes, and some weeks I just play." Fulton's first influence as a singer, she says, was Dinah Washington, who she discovered when, "I was three years old . . . But there was also Billie Holiday, Ella Fitzgerald, and Sarah Vaughan. And, I really love the blues: Jimmy Rushing, Joe Turner, Jay McShann. I'm really drawn to pianists who use block chords such as Wynton Kelly and Red Garland," she continues. "And, I listen to Art Tatum every day."

Fulton has a new album scheduled for release in August. Called Bird Song, it celebrates he centennial birthday of Charlie Parker and features tenor saxophonist Scott Hamilton. They previously recorded an album together in 2017, The Things We Did Last Summer (Blau Records). Fulton says she will try to continue the online concerts "even after the lockdown is over," because of the positive reaction.

Funding for the NJJS Socials has been made possible in part by Morris Arts through the New Jersey State Council on the Arts/Department of State, a partner agency of the National Endowment of the Arts