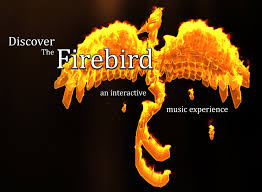 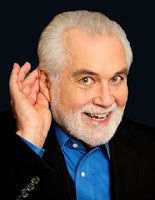 The Discovery Orchestra, whose teaching concerts have introduced classical music to millions across the nation, has just won two Telly Awards for its latest program Discover the Firebird, an interactive exploration of Igor Stravinsky’s iconic Firebird Suite. Led by Founder and Artistic Director George Marriner Maull (left), The Summit-based Orchestra has been honored with a Silver Award for Television: General Education and a Bronze Award for Television: General Cultural for the one-hour program airing now on public television stations across the U.S., bringing its total to nine Tellys since 2011. The Telly Awards honor excellence in video and television across all screens. (Photo by Daniel Hedden)

The special, distributed nationally by American Public Television (APT), is airing just as many Americans are using their #stayathome time to pursue personal improvement. The thrice Emmy-nominated orchestra helps classical music aficionados and novices alike to develop their listening skills while teaching them more about classical music.

“As the world takes a moment to pause and reflect, now is the time for people to embrace doing so in complete presence,” said Maull. “We thank the Telly Awards for this honor, which inspires us to reach further in helping music lovers develop the kind of active listening skills that increase their enjoyment of music and of life itself.”

Discover The Firebird transports audiences into the mystical world of an iconic masterpiece composed by Stravinsky in 1910. Based on Russian folklore, one scene of the Firebird ballet relates a battle waged by Prince Ivan, with the help of a magical winged creature, against the evil king Kastchei. This exciting music is explored. Recorded in front of a live audience in Morristown, New Jersey, in September 2019, Discover The Firebird brings viewers a performance by the 85-member Discovery Orchestra and an interactive exploration with Maestro Maull leading the audience through a lively and engaging process of musical discovery. Home viewers are encouraged to participate using a listening guide appearing at the bottom of their television screens.

This is a 30 second "sneak peek" of  Discover The Firebird - an hour long Discovery Concert filmed before a live audience.

Previous programs from the ensemble have included the award-winning Bach to the Future, Discover Beethoven’s 5th, Discover Vivaldi’s Four Seasons and the eight-part series Fall in Love with Music. Discover The Firebird is written, hosted and conducted by Maestro Maull. Virginia Johnston is executive producer; Midnight Media Group, Inc., is producer and Walter Schoenknecht is director.

About The Discovery Orchestra:
The Discovery Orchestra® (the Orchestra) is a 501(c)(3) music education organization based in Summit, New Jersey, teaching the attentive listening skills that help people of all backgrounds better comprehend, experience and emotionally connect with classical music. Under the direction of Artistic Director George Marriner Maull, the Orchestra uses a welcoming and humorous approach to classical music appreciation for the general public. Founded in 1987, the Orchestra engages audiences through live interactive concerts, intimate gatherings, community outreach events and television and digital content. Its award-winning media programs, including the Emmy-nominated Bach to the Future, Discover Beethoven’s 5th, Discover Vivaldi’s Four Seasons, and the eight-part series Fall in Love with Music, are available for purchase or streaming on Amazon Prime Video. For more information on the Orchestra, visit www.discoveryorchestra.org, or connect with the Orchestra on Facebook, Twitter, Instagram or YouTube.