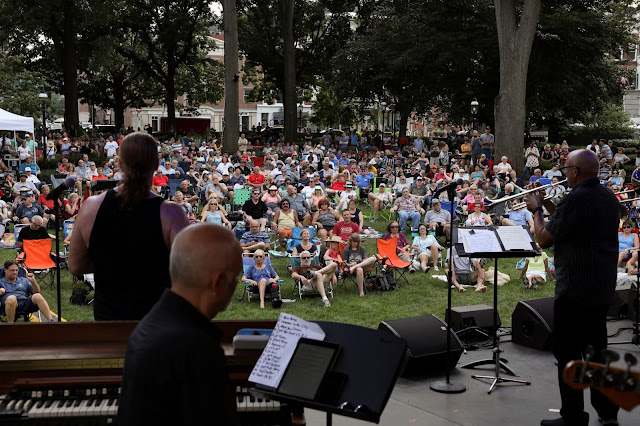 Morristown Mayor Tim Dougherty has announced that the Morristown Jazz & Blues Festival slated for Saturday, August 15, has been postponed until 2021 due to concern over the spread of Covid-19. The Festival brings thousands of people to Morristown every year.

“It is with great sadness the festival committee has determined that there is too much risk in having a gathering of our size on the Morristown Green,” said Mayor Tim Dougherty, “so this summer’s tenth anniversary celebration for the Morristown Jazz & Blues Festival has been postponed until August 21, 2021. I know everyone looks forward to this annual event, and the impact of not holding this summer’s show will be felt deeply by the entire community, but the safety of everyone is paramount.”

The Morristown Jazz & Blues Festival was initiated in 2011 and has become one of the most anticipated music festivals in the region, drawing patrons from around the country, boosting local businesses, showcasing world-class musicians who celebrate two great American art forms.

Festival co-producer Linda Smith added, “We waited until the last possible moment to make this decision, hoping that we could move ahead and bring great artists to Morristown, but that was not to be. Because many of our colleagues in the industry have already announced cancellations, including the Newport Jazz Festival, the Montclair Jazz Festival, the Montreux Jazz Festival, Mostly Mozart, and the Xponential Festival, this decision should not be a surprise. However, our fans should take heart that we will return next year, bigger and better than ever.”

The Morristown Jazz & Blues Festival is presented annually on the Green in Morristown from noon until 10:00 p.m. Admission is free and many local restaurants have special offerings for the thousands of festival attendees. In these uncertain times, your generous support is much needed and greatly appreciated.

For more information and to make a donation, visit www.morristownjazzandblues.org.

IMAGE: Looking out at the crowd at the 2019 Morristown Jazz & Blues Festival; photo courtesy of Morristown Green.