Explore Our Nation's Past: Discover the people and events that help document the American story 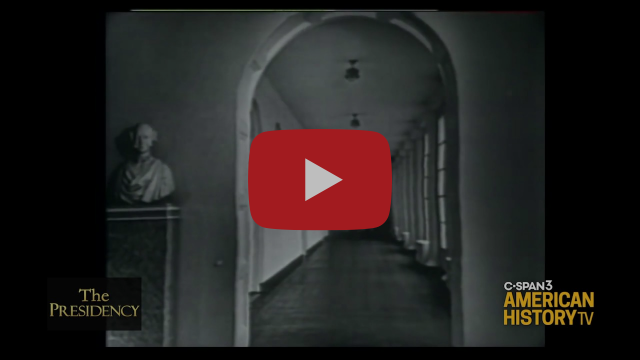 We revisit first lady Jacqueline Kennedy's televised White House tour from February 14, 1962, and her extensive restoration of the Executive Mansion. This 2012 presentation at the John F. Kennedy Presidential Library and Museum marked the 50th anniversary of this television event, which was watched by millions and later awarded an honorary Emmy. Then White House curator William Allman talks about Mrs. Kennedy's work and the evolution of the White House collection. This video is courtesy of the Kennedy library. The audience watched a portion of Mrs. Kennedy's tour, but only a very brief clip is shown in the first few minutes of this program. 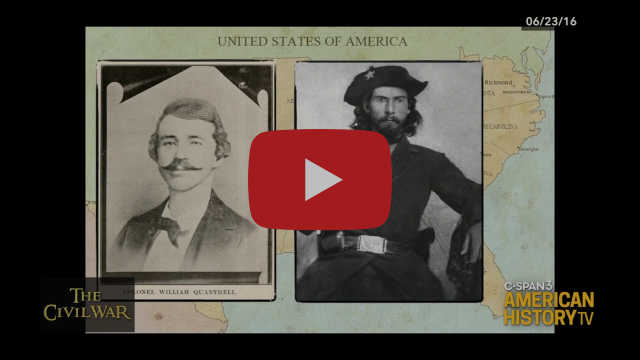 “(Historian Michael Fellman) concluded that most rural white Missourians lost a great deal during the war — male kin, property, security, decent communal relations; all building blocks of a normal life. ... So how do you pack up from that and move on once the war is over?”—KARISSA MARKEN 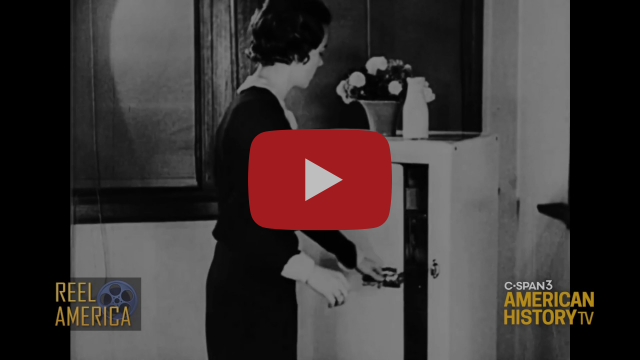 “A National Program in the Tennessee Valley” (1936)
on Reel America®

Founded in 1933 during the Great Depression, the Tennessee Valley Authority's mission was to address environmental, energy and economic development issues in a region suffering from soil erosion, floods, poverty and unemployment. "A National Program in the Tennessee Valley" is a 1936 film created by the TVA to promote their efforts and to show the construction of two massive projects, Norris Dam in Tennessee and Wheeler Dam in Alabama. Both are still operational and on the National Register of Historic Places. 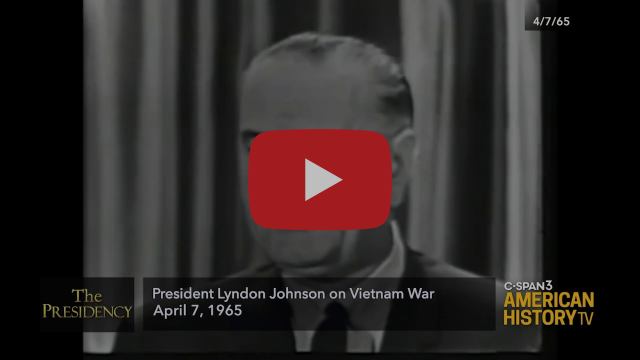 “Peace Without Conquest” Vietnam Speech
on The Presidency

We hear from President Lyndon B. Johnson, who traveled to Baltimore's Johns Hopkins University in the spring of 1965 to explain American policy in Vietnam. In a televised speech titled "Peace Without Conquest," he posed the question: "Why must we take this painful road?" He went on to declare that the U.S. would not be defeated and would not withdraw before South Vietnam had gained its independence. The video is provided by the LBJ Presidential Library in Austin, Texas.

Monday — Western History
American History TV was in the classroom as University of Arkansas professor Elliott West lectured about the environmental impact of the California Gold Rush. He describes how 19th-century mining practices led to deforestation, mercury contamination and sediment-clogged rivers. The class was part of a seminar for high school teachers hosted by the Gilder Lehrman Institute of American History.

Tuesday — Herbert Hoover
Herbert Hoover's biographer George Nash recalls his World War I relief work, which saved the lives of millions caught up in the war and its aftermath — and set the stage for his White House run. This talk kicks off a night of programs from a conference on Hoover's humanitarian efforts. His presidential library in West Branch, Iowa, hosted the event.

Thursday — American Revolution
Historian, park ranger and author Phillip Greenwalt discusses Boston’s role in the origins of the Revolutionary War. His remarks focus on three pivotal events: the Boston Massacre, the Boston Tea Party and the Battles of Lexington and Concord. This was a part of a day-long symposium co-hosted by the “Emerging Revolutionary War” blog, Gadsby’s Tavern Museum and the Lyceum of Alexandria, Virginia.

Friday — American Revolution
Military historian Gregory Urwin talks about the challenges that the British army faced in adapting to North American terrain and battle tactics during the Revolutionary War. His remarks were at an international conference co-hosted by the Museum of the American Revolution, Pritzker Military Museum & Library, and Richard C. von Hess Foundation.