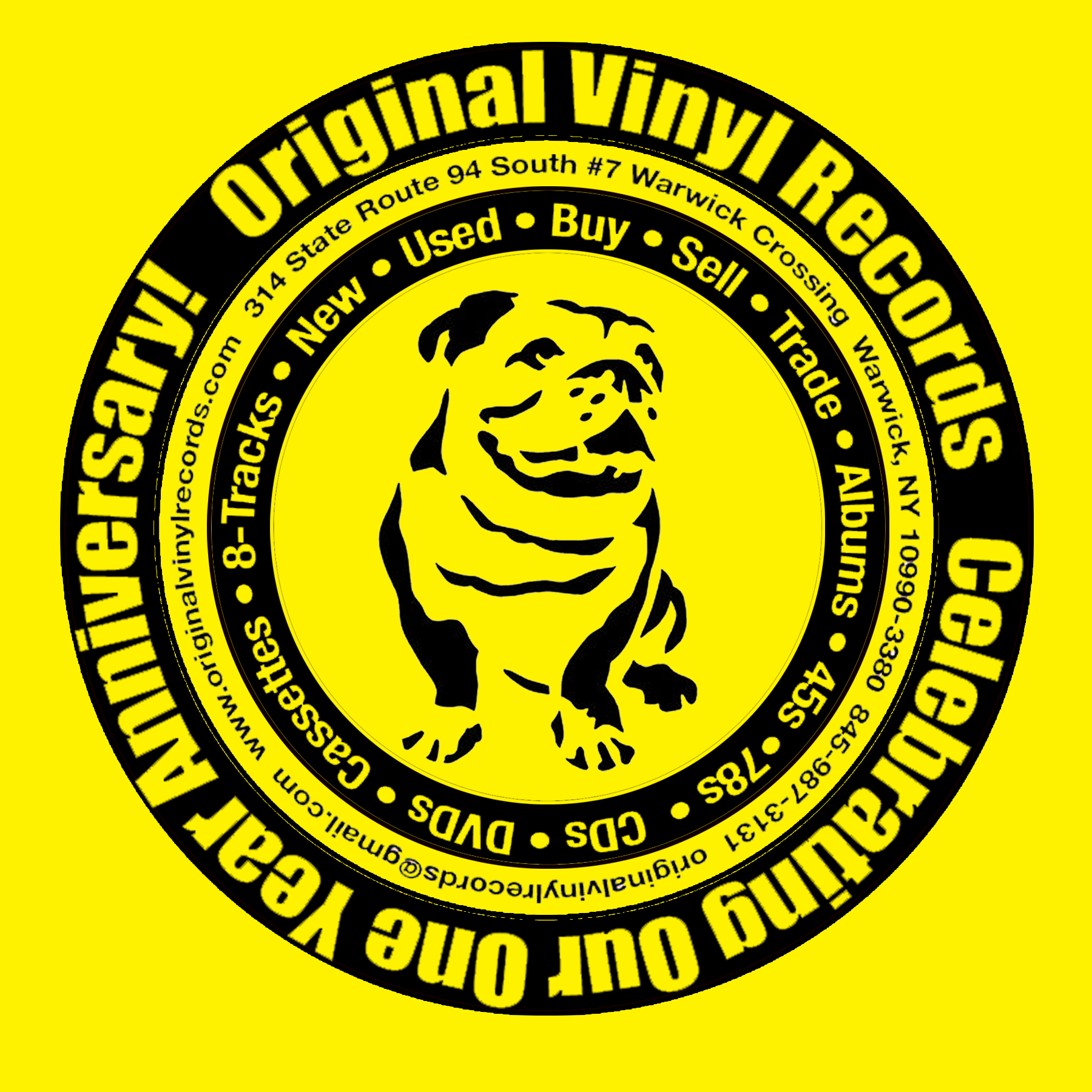 Our Physical Store Is Closed, but
We're Selling Online
So Please Check Our NEW ARRIVALS Below
and...
Lookout For Our New Website Coming Soon 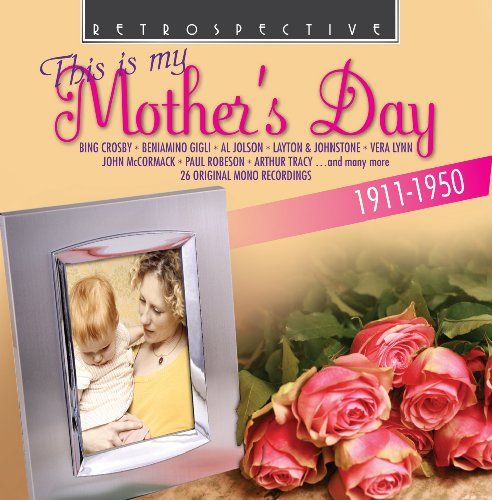 The perfect gift for Mother's Day—a unique offering that will last much longer than flowers. Twenty six vintage songs dripping with sentimentality, and all inspired by the love of one’s mother. Featuring Vera Lynn singing the title track and joined by Bing Crosby, Al Jolson, Carmen Miranda, top tenors John McCormack and Benamino Gigli and a host of international artists, here is a present that all mothers will greatly appreciate.  $7.95 Buys It 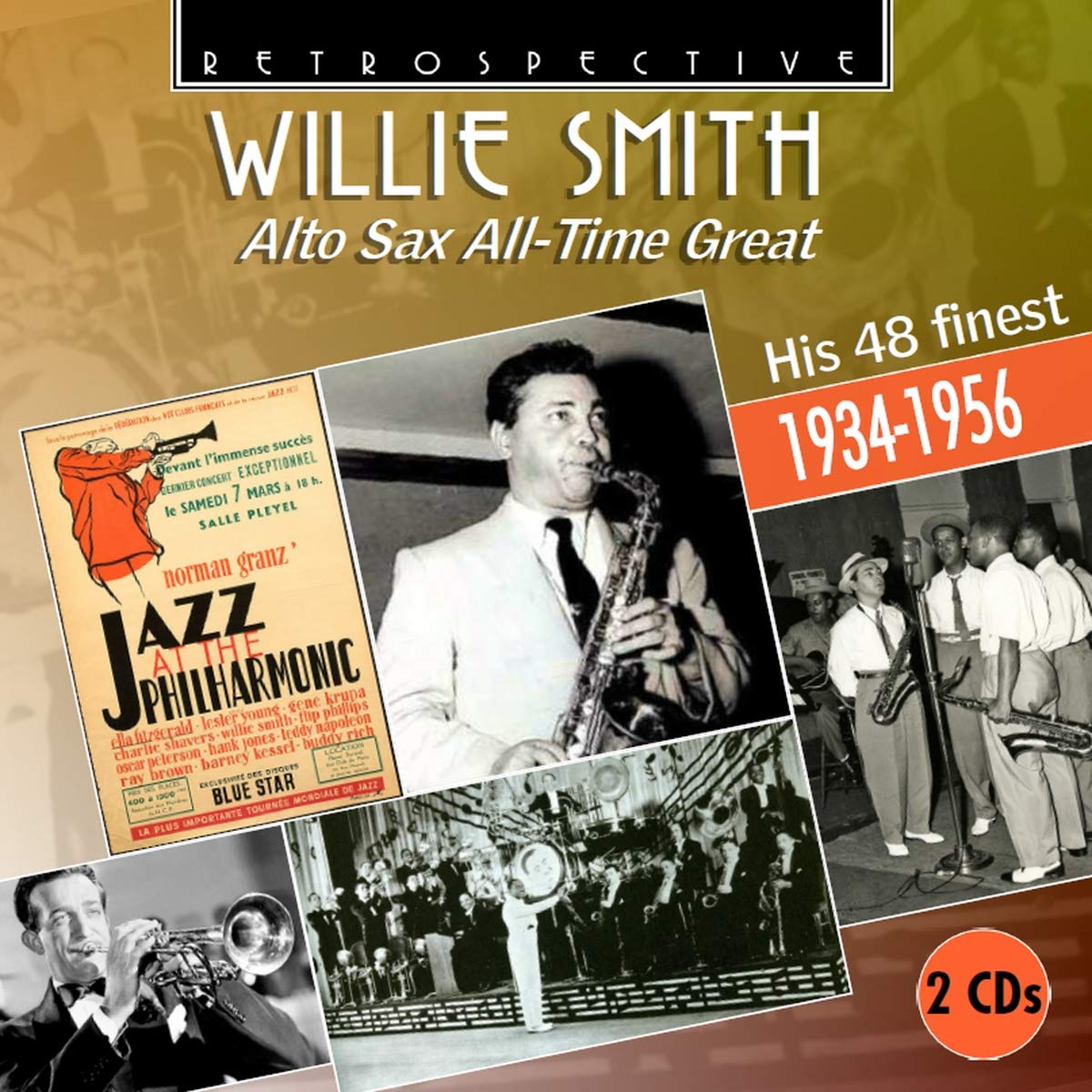 Willie Smith (1910-1967) stands alongside Johnny Hodges and Benny Carter as one of the three great alto saxophone players of the pre-Charlie Parker generation—yet this is the first double CD devoted to his formidable artistry. Retrospective’s tribute to this towering figure in jazz history presents a 48-track survey that tracks his extraordinary career from sax-section leader in the 30s to high-flying soloist in the 50s, opening with 10 classics from his 13 years as one of the big stars of the Jimmie Lunceford Orchestra (Uptown Blues). He then joined Harry James’ band for many years.  2 CD Set $10.95 Buy It 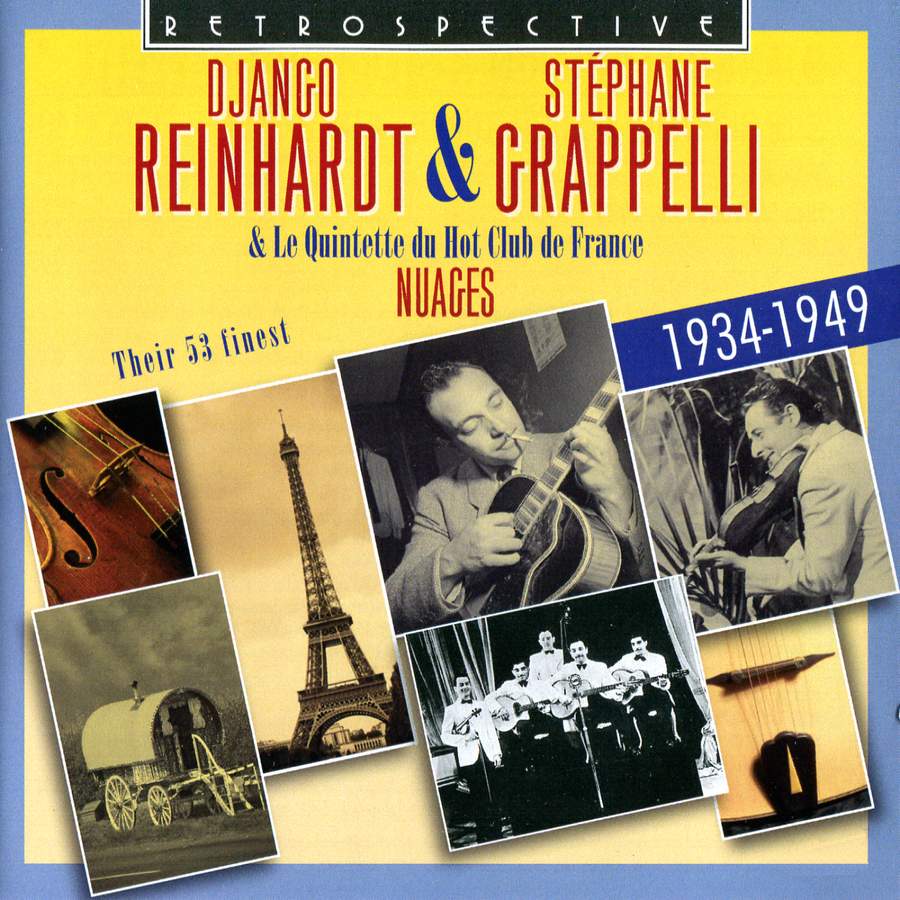 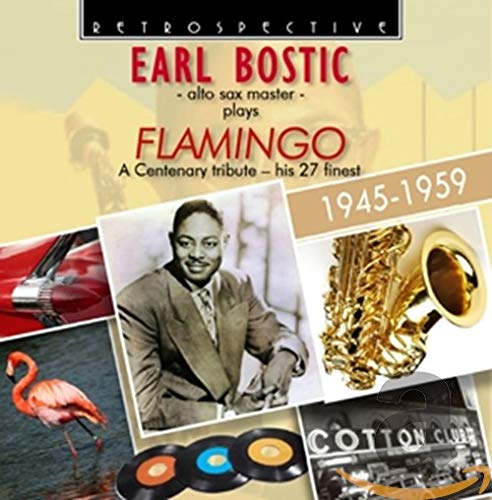 This centenary tribute is the finest single CD now available of the fabulously unique alto sax sound of Earl Bostic, playing both R&B and standards. Earl Bostic (1913-1965) has carved a special niche for himself in the annals of great saxophone-players. Always a brilliant technician, from a background of playing in, and arranging for, jazz big-bands such as Lionel Hampton's, he led a group that achieved great success playing Rhythm & Blues. He went on to become a household name when he took popular standards and gave them a hard-driving R&B edge, as with the lilting Latin number he took for his million-selling signature tune, Flamingo. It was Bostic's alto that inspired all those later distinctively honking R&B saxes. The 27 tracks of Earl Bostic plays Flamingo presents a selection of the best of his R&B and then rather more of the best of his versions of standards, for which he is most famous. The R&B greats include Eight Forty-Five Stomp, That's The Groovy Thing, Don't You Do It, The Major And\The Minor, Earl Blows A Fuse and his big hit version of Sleep. Among the many standards getting the invigorating Bostic treatment is, of course, his other major chart success, Temptation, as well as Cherokee, Moonglow, Lover Come Back To Me, The Man I Love and many more. Even Schubert's Serenade emerges in a bracing new guise! Earl Bostic was an inspiration for several later tenor sax masters who can be heard in his band on this CD, from Don Byas to John Coltrane, Benny Golson and Stanley Turrentine.  $9.95 Buys It 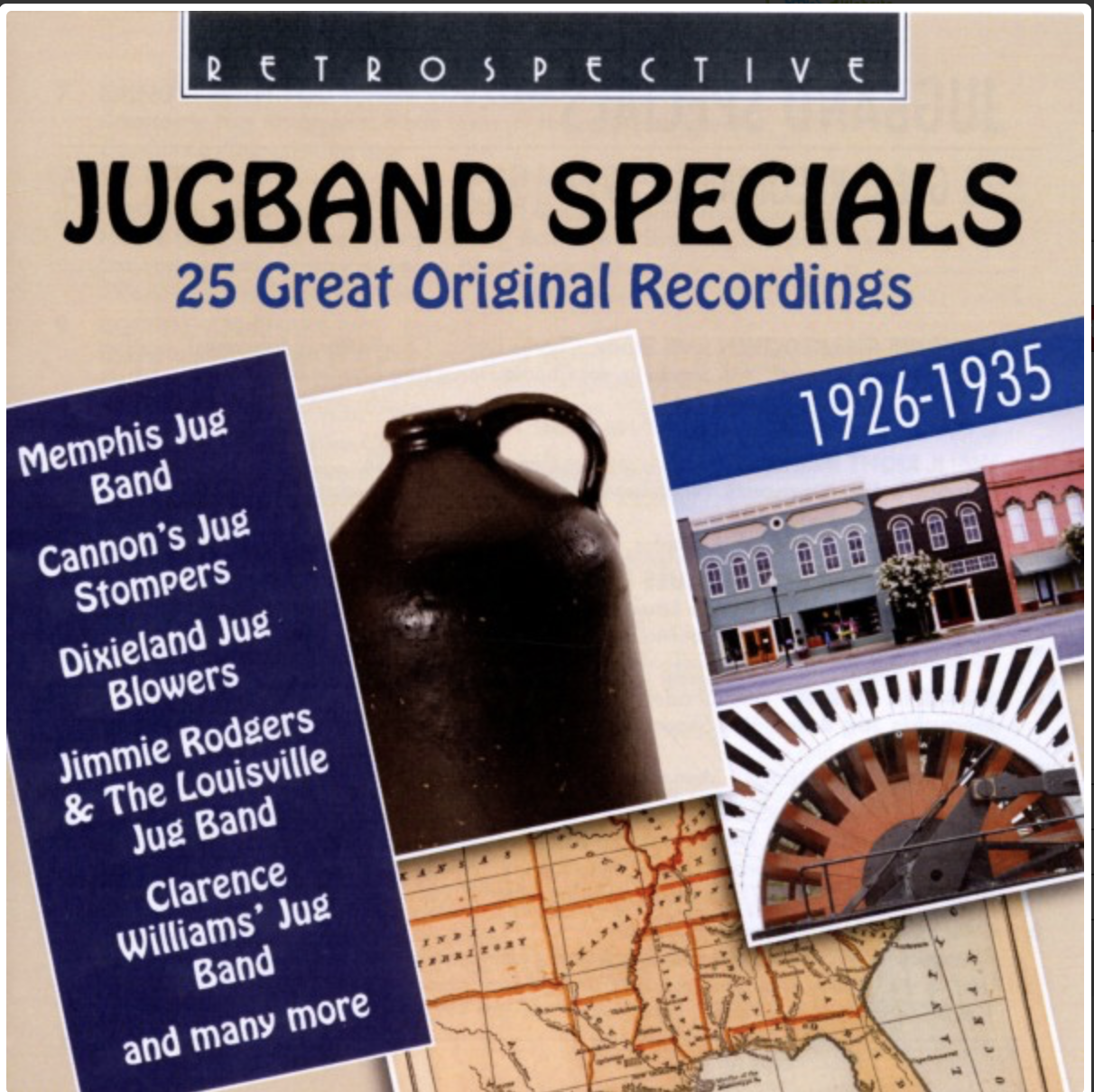 "This collection is very much the cream of the crop for Jug Band Music from the 20's and 30's. So many of the classic Jug Bands are here: The Memphis Jug Band, Gus Cannon's Jug Band, King David's Jug Band, The Dixieland Jug Band... For a one-disc collection, it packs a lot classics: "Walk Right In", Cocaine Habit Blues, Minglewood Blues, Tear It Down, Boodle Am Shake, so many songs later covered by the likes of the Jim Kweskin Jug Band, Maria Muldar, the New Christy Minstrels, the Lovin' Spoonful, the Grateful Dead, this CD is a great introduction to Jug Band Music without drifting all the way into the Hokum of Tampa Red and/or Barbecue Bob. Larger doses may be found in the JSP Box Sets Memphis Jug Band with Gus Cannon's Jug Stompers and Memphis Shakedown: More Jug Band Classics as well as Ruckus Juice & Chitlins."  $7.95 Buys It 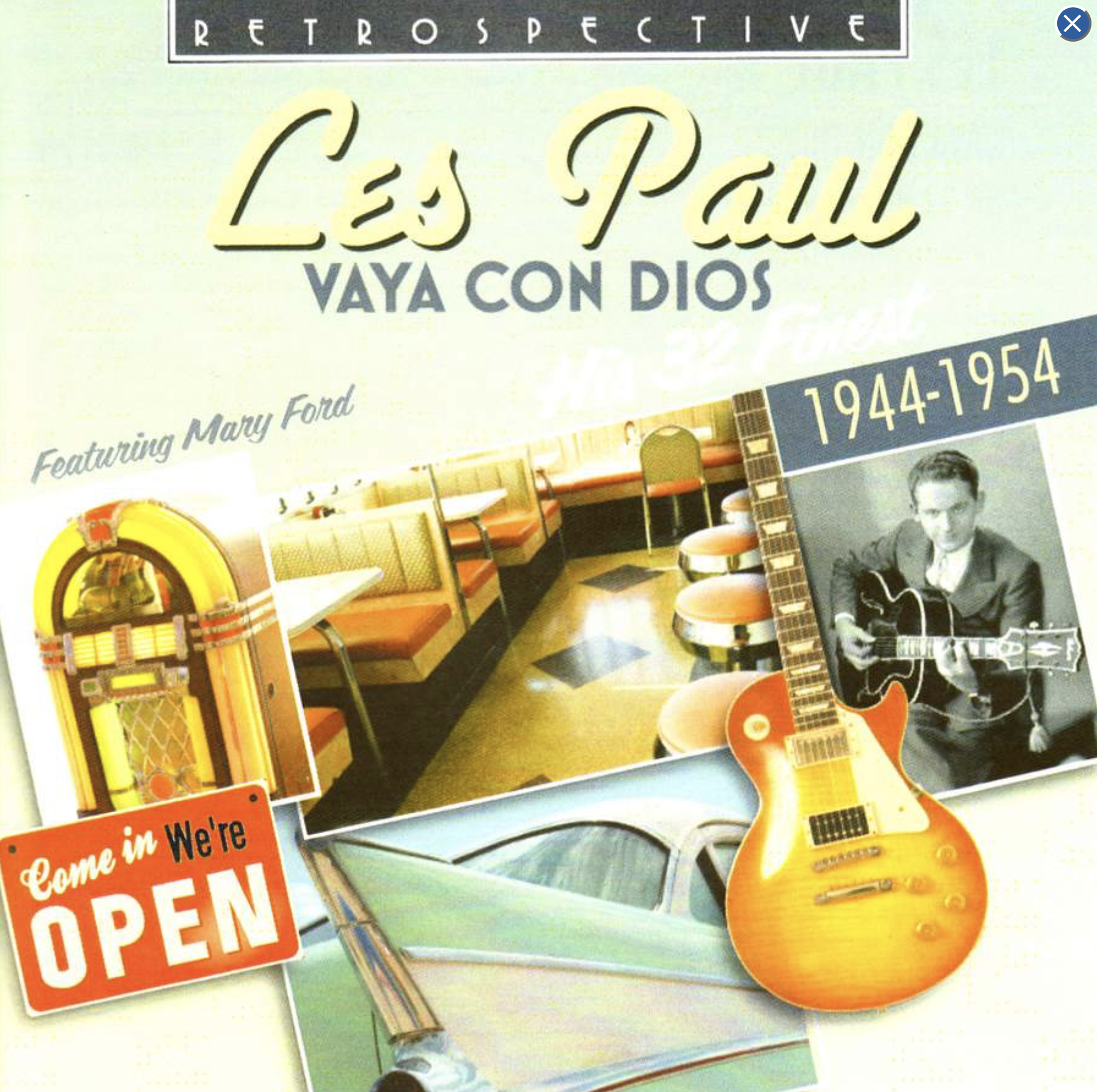 The 31 tracks on this CD demonstrate just why Les Paul has had such an enormous influence over the way American popular music sounds today. As Rolling Stone Keith Richards admitted: “We must all own up that, without Les Paul, generations of flash little punks like us would be in jail or cleaning toilets.” Emerging from the influence of Django Reinhardt, Paul eventually developed what has been described (by Richard Ginell) as “an astonishingly fluid, hard-swinging style of his own, one that featured extremely rapid runs, fluttered and repeated single notes, and chunking rhythm support. $10.95 Buys It 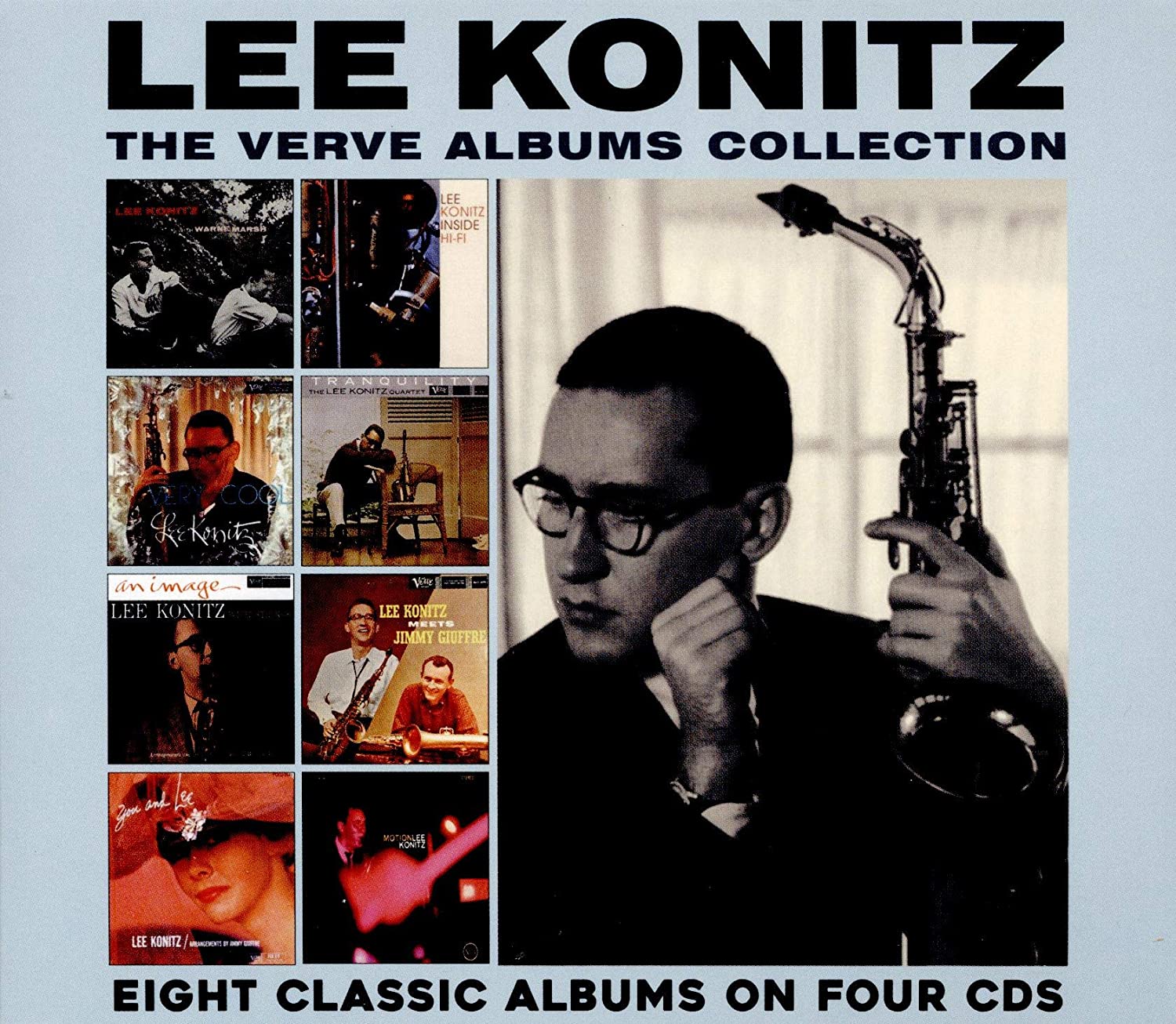 THE VERVE ALBUMS COLLECTION Among the most creative and prolific saxophonists of his generation, Lee Konitz was one of few altoists working in the early fifties who retained a unique style, in an era when Charlie Parker extended a huge influence. An early sideman for Miles Davis, Konitz participated in the legendary Birth Of Cool sessions, while his work with jazz pianist and teacher Lennie Tristano—Lee was a former pupil—remains highly sought. Comprising the musician s eight original albums made for Verve and Atlantic in the late 1950s, this four-disc set features the finest work this estimable sax-man ever produced. With over five hours of extraordinary music, this collection documents the most pivotal phase of what was both a widely celebrated and long standing career. Working as both an ideal introduction to Lee Konitz s best music, and a welcome reminder of his musical prowess, this delightful set will thrill newcomers and seasoned fans alike.  $15.50 Buys It 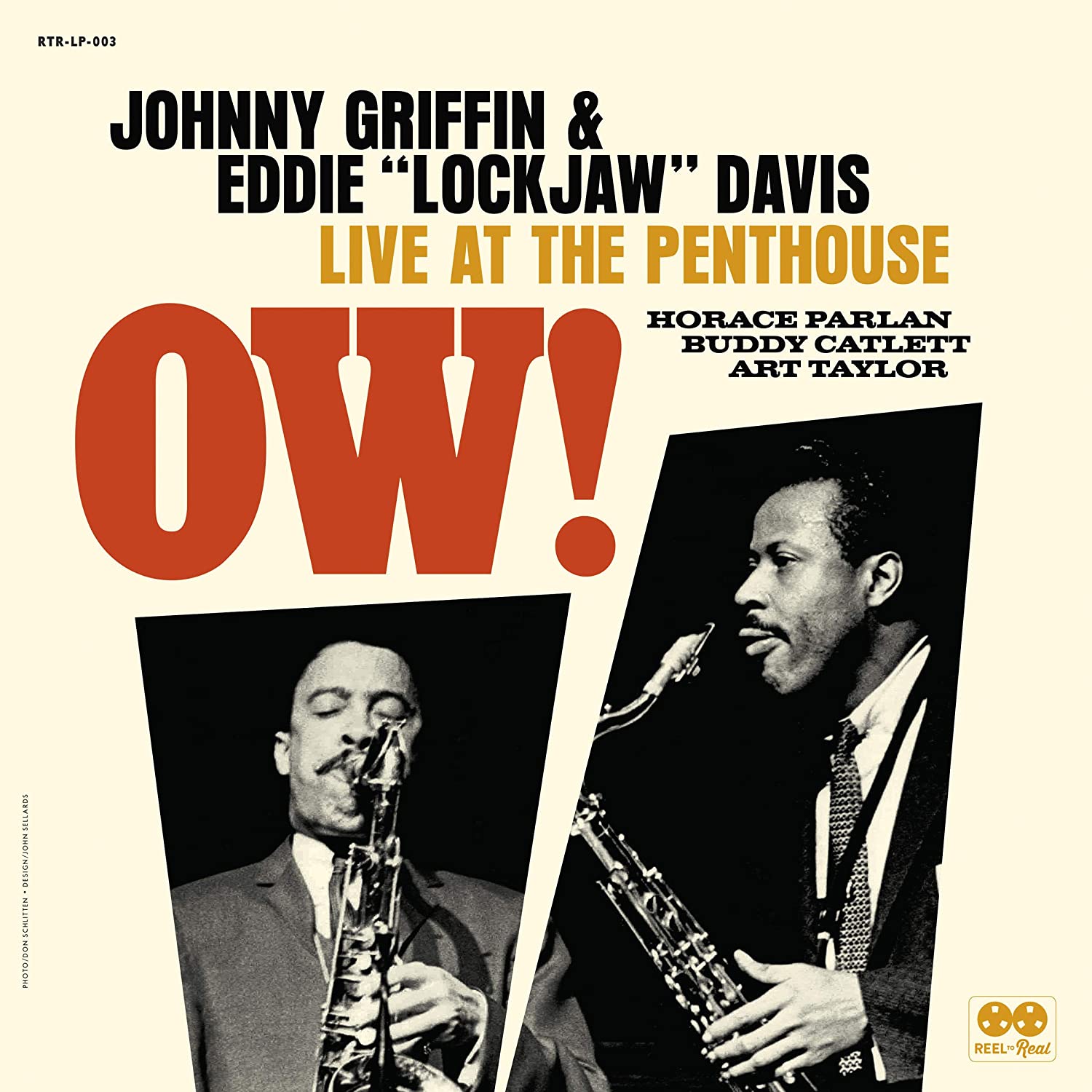 The title - which features stellar, previously unreleased performances captured at the Seattle club the Penthouse in May-June 1962 -- will initially be available on 180-gram vinyl mastered by Bernie Grundman, and subsequently be issued on CD Dec. 6.

Reel to Real - a partnership between Vancouver-based jazz impresario and saxophonist Cory Weeds and Resonance Records co-president and noted ''Jazz Detective'' Zev Feldman - was launched on Record Store Day 2018 with a pair of releases that included Swingin' in Seattle, live sessions by Cannonball Adderley's quintet recorded at the Penthouse in 1966-67. Resonance has previously plumbed the Penthouse's deep archives for its albums by Wes Montgomery (Smokin' in Seattle) and the Three Sounds featuring Gene Harris (Groovin' Hard).

In his notes included in the 28-page booklet that accompanies the package, Weeds recalls, ''Upon hearing the Johnny Griffin-Eddie ''Lockjaw'' Davis tapes, I got that excited feeling in my stomach again, called Zev, and said, ''We have to put this music out, whatever it takes.''

Feldman adds, ''These recordings are a gift that keeps on giving so much elation and positive vibes, which were captured with this music. It will now live on forever thanks to producer/radio legend Jim Wilke; engineer Fred Stimson, who recorded these broadcasts that were transferred from the original analog tapes; and Charlie Puzzo, Jr., son of the Penthouse's proprietor.''  $49.95 Buys It 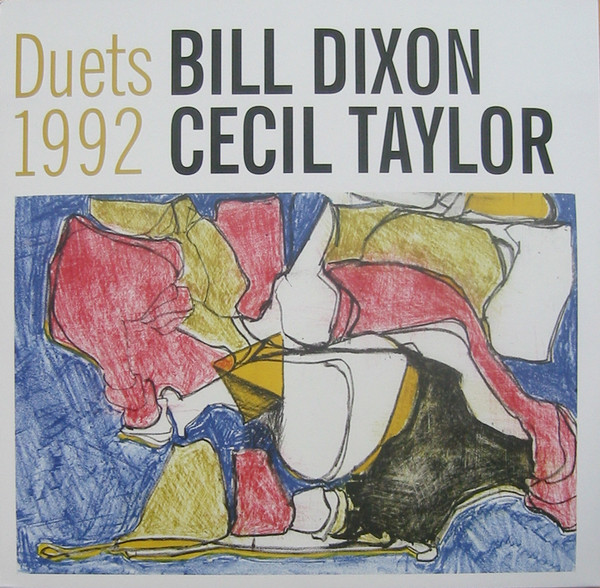 Trumpeter Dixon and pianist Taylor, friends going back to their Truman-era school days, associated copiously in nearly every artistic fashion—except making music together. Duets is their only meeting in studio apart from both artists appearing on Taylor’s 1966 landmark Blue Note LP Conquistador. In 1992 they made the briefest summer festival tour to Italy and France, budgeting in two additional days for this recording session. That musical output was prepared for a release that was shelved for more than a quarter century and now comes out as a posthumous release in tribute to both giants. The initiative to release this music began with the Bill Dixon Trust and was approved by Taylor in his final years. Now, a wider public will hear music that they both prized, documenting the extraordinary relationship between their musicalities.

Duets is a remarkable and unique item in the extensive catalogs of both men’s recordings. Fans familiar with Dixon and Taylor’s distinctive styles will approach with curious uncertainty:  How could it possibly work to blend styles of Joyce and Hemingway? Pollock and Kline? Nevelson and Brancusi? Bill Dixon and Cecil Taylor share a fundamental fiber of taste and reaction as the basis for their interaction. The complementary nature of Duets makes the case thoroughly that the project stands apart not just from the numerous duet projects of both instrumentalists, but from the wide field of improvised duets in this sector of the music.

Strictly limited to 665 copies worldwide, this 2-LP set has been scrupulously mastered from the original tape, preserving both the high gloss and the brutal physicality of the recording. Plates cut by Sterling Sound’s Grammy®-winning mastering master Steve Fallone have been pressed into virgin vinyl at QRP, and wrapped in a hand-numbered Old Style Tip-On gatefold jacket that Stoughton has perfected. The package also includes a new contextualizing essay by historian Ben Young.