10 Weird & Wonderful Buildings You Have to See to Believe! 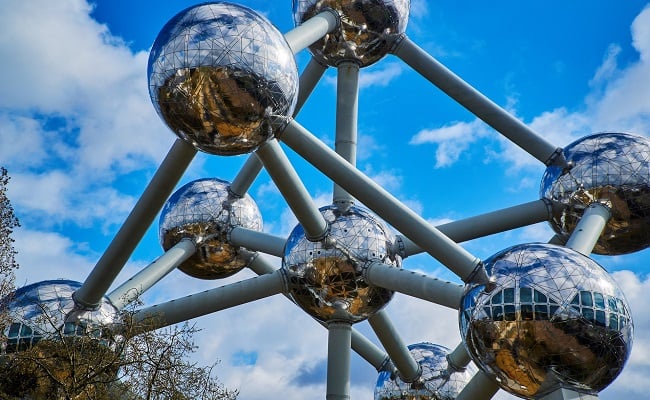 Unique Buildings Around the World

What happens when you mix art and architecture? You get some of the most unique and fascinating buildings in the world. From a blooming temple to a dancing house, we love these wonderful architectural masterpieces! 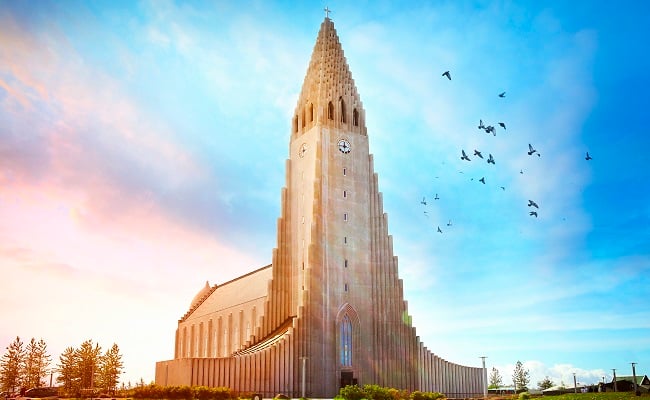 At 244 feet high, this unique Lutheran Church is the tallest church in Iceland. The unusual shape of Hallimgur Church was inspired by basalt rocks, found throughout the country. At the top of the church is an observation deck with panoramic views of the city. 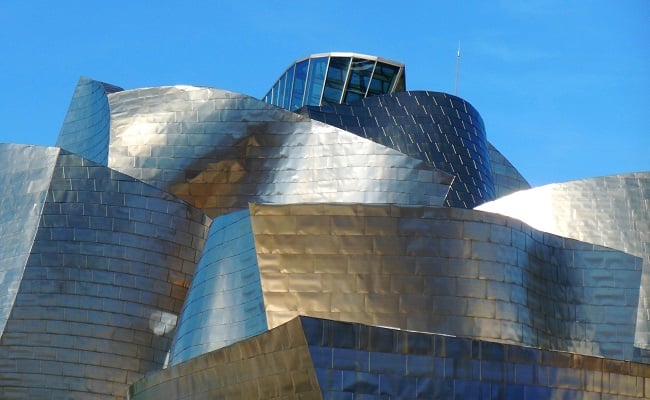 The Guggenheim Museum Bilbao, designed by Canadian-American architect Frank Gehry, is one of the best examples of deconstructive architecture. The entire building is coated with titanium, limestone, and glass. Along with the mind-bending architecture, the museum contains the works of many contemporary artists making it one of the finest places to visit in Spain. 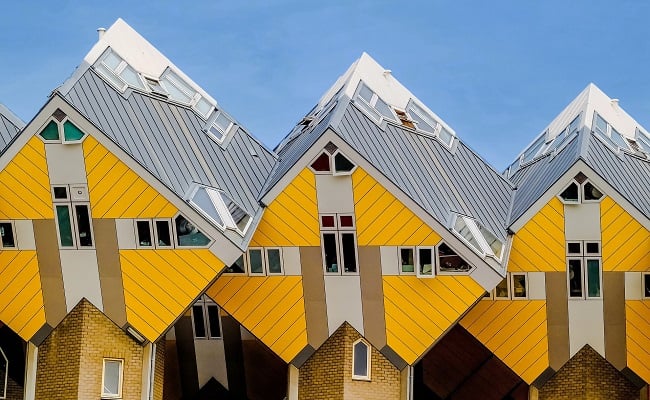 These innovative houses actually have people living inside! Designed by architect Piet Blom based on the concept of "living as an urban roof". Cubes of conventional houses are tilted by 45 degrees and rest upon hexagon-shaped pylons. The purpose of this design is to optimize the space and have improved distribution of the rooms inside. 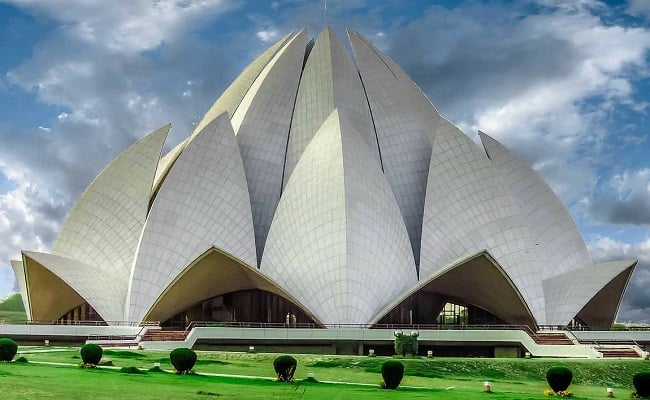 One of the most visited buildings in the world, this impressive Bahá'í House of Worship is a sanctum of 27 free-standing marble-clad petals surrounded by nine pools of crystal clear water. Unlike most other places of worship, this temple does not allow ritualistic ceremonies and has no fixed pattern to conduct worship. 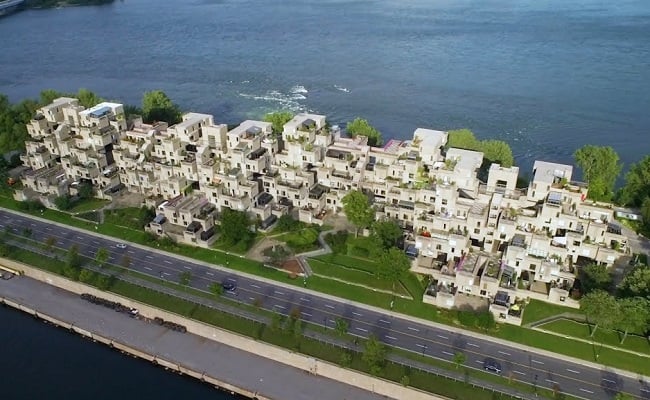 This model community and housing complex was designed by Moshe Safdie as his master's thesis in architecture at McGill University and then built as a pavilion for Expo 67, the World's Fair held in 1967. The structure comprises 354 identical concrete forms arranged in various combinations that make up one of the most recognizable buildings in both Montreal and Canada. 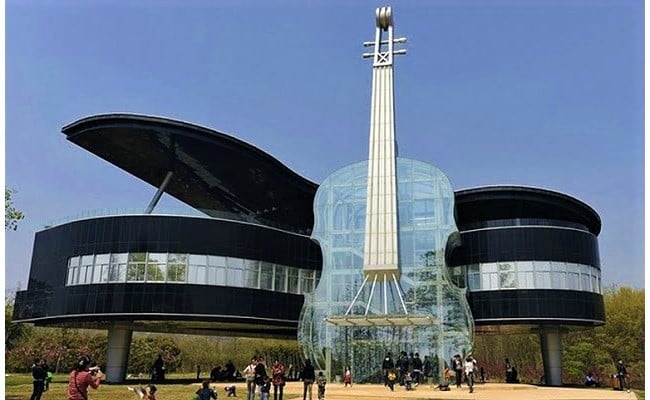 With locals dubbing it “the most romantic building in China” the Piano and Violin shaped building serves as a showroom to exhibit plans for the newly created district of Shannan. Made completely out of glass, the violin entrance houses the escalators and staircase to the main piano building. The piano stands on three concrete legs and has a roof terrace beneath a canopy, shaped like a piano’s open top. 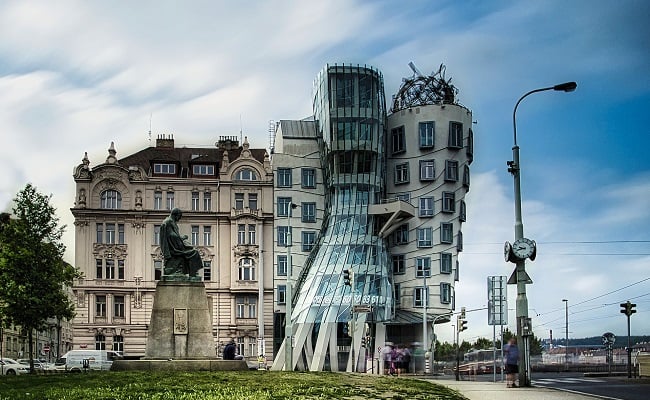 Originally named Fred and Ginger (after Fred Astaire and Ginger Rogers), this unusual building in the center of Prague resembles a pair of dancers. Its deconstructivist style was controversial at the time because it stood out so much compared to the baroque, gothic, and art nouveau buildings that Prague is known for. 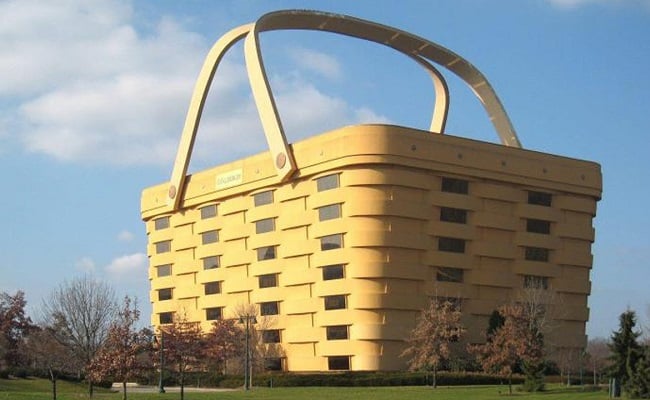 A true example of mimetic architecture, in which buildings are constructed in the exact shape of products for promotion, Basket Building is a beautiful structure that served as the headquarters of Longaberger Basket Company. The building is 160 times larger than a Longaberger’s medium basket and the handles are even heated to prevent ice from forming. 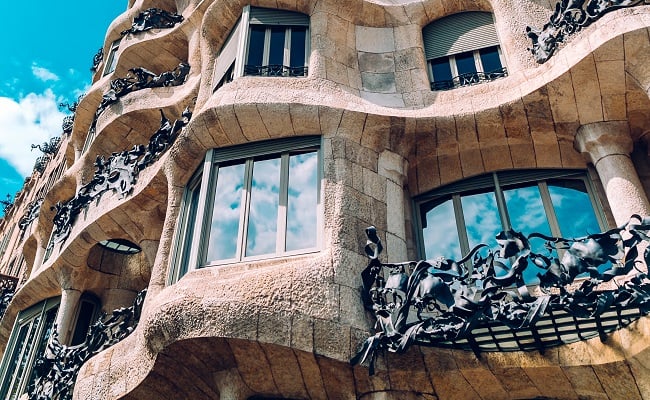 This world-famous building was the last private residence designed by architect Antoni Gaudí. Construction took place between 1906 and 1912 and it was declared World Heritage by UNESCO in 1984. Called La Pedrera, or "The stone quarry", as a reference to its unconventional rough-hewn appearance, the building is also well known by the name of Casa Milà. 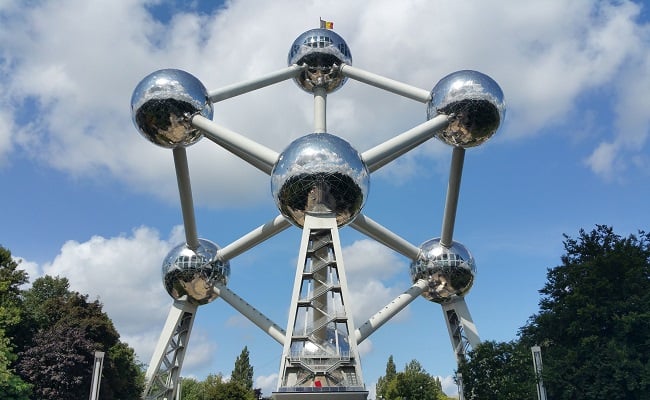 This famous landmark was originally built for the 1958 Brussels World’s Fair and since then it gets more than a million visitors every year. The construction consists of nine stainless steel clad spheres connected to form the shape of a cell of an α-iron crystal magnified 165 billion times. Five spheres housing permanent exhibitions can be visited and the top sphere has a restaurant where you can have dinner with the most spectacular view!