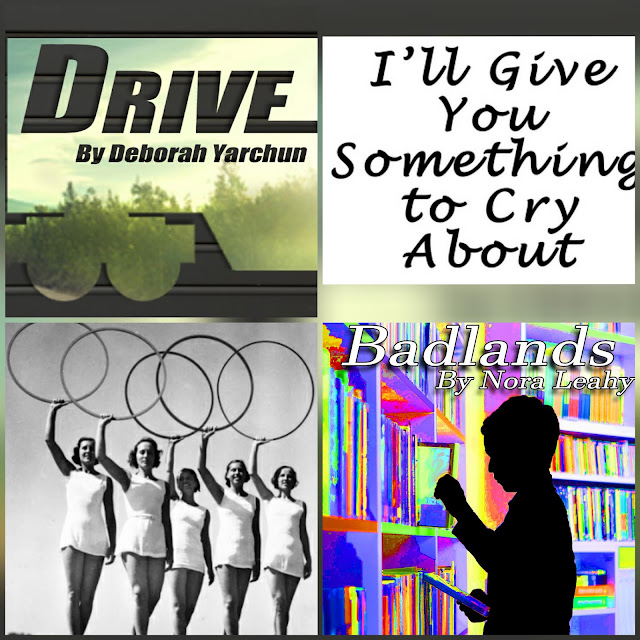 WHERE: The production and staged readings will take place at Lackland Performing Arts Center located at 715 Grand Ave. Hackettstown, NJ.

The productions and staged readings were originally slotted as part of the 2019/2020 producing season. Turning was set for a run March 26 through April 5 and was one week into rehearsals when the COVID-19 shutdown of non-essential businesses brought the production to a halt. The WPS readings were originally set for April 1, 8 and 22. Last week, Centenary Stage Company Artistic Director, Carl Wallnau, made the decision to move the Turning World Premiere and the WPS staged readings to its November programming. Turning will now run November 12 – 22 and the WPS staged readings will take place on Wednesdays, November 11, 18 and 29.

Set in the heart of 1930s Newark, NJ a group of scrappy young women began to train in backyard gyms for what would become the experience of a lifetime, the controversial 1936 Berlin Olympics. Inspired by the real-life stories of Hackettstown Resident and 1st Women’s US Gymnastics team member, Ada Lunardoni and team members Consetta Caruccio, Jennie Caputo, Margaret Duff, Irma Haubold, Marie Kibler, Adelaid Meyer, and Mary Wright, playwright Darrah Cloud weaves their accounts together with the memoirs of Jesse Owens bringing to vibrant life this story once lost to history.

Turning is written by award winning playwright Darrah Cloud. In 2019, Cloud wrote a site-specific play on the lives of Frederic and Isabel Church for the Olana Historical Site in Hudson, NY in collaboration with the Ancram Opera House. Her most recent full-length play, OUR SUBURB, premiered at Theater J in Washington, DC in 2014 and was recently produced at Center Stage in Rochester. Her play for teens, JOAN THE GIRL OF ARC, premiered at Cincinnati Playhouse in January, 2014. Her plays are published by Dramatic Play Publishing and she has won numerous awards, including the Macy’s Prize for Theatre for Young Audiences, an NEA and a Rockefeller. She has had over 10 movies-of-the­-week produced on CBS and NBC, is a proud alum of the Iowa Writers Workshop and New Dramatists. She co-directs (with David Simpatico) Howl Playwrights in Rhinebeck, NY. Cloud is currently working on a new musical, SABINA.

The new dates for Centenary Stage Company’s production of Darrah Cloud’s Turning are Thursday, November 12, through Sunday, November 22. Turning sponsored in part by The House of the Good Shepherd and Heath Village Retirement Community and is presented in collaboration with the New Jersey Theatre Alliance and the NJPAC Stage Exchange.

The Women Playwrights Festival selections for 2020 are: Drive by Deborah Yarchun, Badlands by Nora Leahy, and I’ll Give You Something to Cry About by Patricia Cotter. Led by Catherine Rust, the CSC Women Playwrights Series celebrates its 29th year in 2020, having featured the work of more than 78 emerging playwrights in the developmental WPS process and having taken 18 plays to full production from the series. The WPS program offers women playwrights the opportunity to work with professional actors and directors in a workshop rehearsal process, and to hear their work in front of a live audience – a critical part of the development process

Set in a future not far down the road, Drive, by Deborah Yarchan, tells of a community of truckers in a small Iowa town, who are forced to shift gears when they lose their jobs to self-driving vehicles. When Gloria becomes the only truckers in town still employed, resentments begin to surface. Tensions escalate as everyone grapple with a mystery: Haygen, a driver will close ties to all of them, has disappeared.

Badlands, by Nora Lealy, is set in the Summer of 2017. As the country prepares for The Great American Eclipse, Philadelphia prepared to shut down El Campamento, one of the largest open-air drug markets and shooting galleries on the East Coast. The play follows three library employees in the heart of “The Badlands” who have become first responders to the opioid crisis and witnesses to a changing neighborhood.

I’ll Give You Something to Cry About, by Patricia Cotter, tells of two sisters, Paulette and Ann Marie, who share some DNA and a brutal sense of humor, but that’s about it. So, what happens when Paulette shows up unannounced to Ann Marie’s San Francisco apartment from New Hampshire? Here’s a few hints: fistfights, a medical crisis, a homemade musical and shot at forgiveness.

The WPS receives support from the Geraldine R. Dodge Foundation, The Shubert Foundation, the NJ State Council on the Arts, The Blanche and Irving Laurie Foundation, Zonta Club of Morristown, season sponsor Heath Village and additional support comes from a Grand Producer grant from the House of the Good Shepard. The November dates for these staged readings are as follows: Drive – November 4th, Badlands – November 11th and I'll Give You Something to Cry About – November 18th.

The 2019-2020 season of performing arts events at the Centenary Stage Company has been made possible through the generous support of the Geraldine R. Dodge Foundation, the NJ State Council on the Arts, the Shubert Foundation, the Blanche and Irving Laurie Foundation, the Sandra Kupperman Foundation, Zonta Morristown Chapter and CSC corporate sponsors, including Season Sponsor The House of the Good Shepherd, Heath Village Retirement Community, Silver Sponsors Hackettstown Medical Center with Atlantic Health System, Home Instead Senior Care (Washington), and Fulton Bank, and Centenary Stage Company members and supporters.