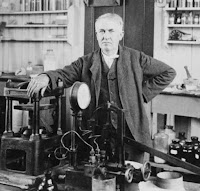 The eight kinetophone films, originally part of the Thomas Edison NHP collection, were transferred to the custody of the  Library of Congress during the 1960s and for many years were stored at Wright-Patterson Airforce Base in Dayton, Ohio. Mr. Willemon became aware of these films in the early 1980s while working at the airforce base and attending Wright State University.

Mr. Willemon's goal of restoring the films became possible with recent advances in digital technology. Using state-of-the-art equipment, technicians at the Library of Congress were able to reconstruct the kinetophone films with the audio recordings that had survived in the sound archives at Thomas Edison NHP. Presented initially at the 2016 Orphan Film Symposium at the Library of Congress, the restored kinetophone films debuted publicly at the Museum of Modern Art in the fall of 2016, As George Willemon notes, "the reconstruction fills a previously unknown gap in motion picture history of one of the early "successful failures" in an attempt to bring sound to motion pictures. Above and beyond that, they are a wonderful view of the style of live theater performed in the early 20th century."

Mr. Willemon will speak at the fourth meeting of the Edison Book Club, a series of programs designed to engage readers with Edison, the new biography by Edmund Morris, (Random House, 2019). The discussion will focus on Edmund Morris' interpretation of Edison's role in the development of motion pictures, but questions about other aspects of motion picture history or other themes in the Morris book are also welcome. The Edison Book Club is free and open to the public. Reading the Edmund Morris biography is encouraged but not required.

Thomas Edison National Historical Park is a National Park Service site dedicated to promoting an international understanding and appreciation of the life and extraordinary achievements of Thomas Alva Edison by preserving, protecting and interpreting the Park's extensive historic artifact and archival collections at the Laboratory Complex and Glenmont, the Edison family estate. The Visitor Center is located at 211 Main Street in West Orange, New Jersey. For more information call 973-736-0550 extension 11 or visit our website at www.nps.gov/edis. Follow us on Twitter and Facebook.