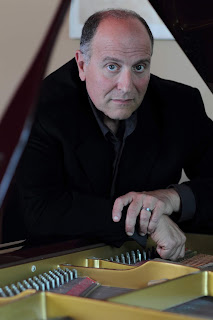 WHEN: Sun, March 1, 4 pm. Reception to follow.
WHERE: Eric Brown Theater of the Kaplen JCC on the Palisades, 411 E. Clinton Avenue, Tenafly
ADMISSION: Free; with a suggested $10 donation
Reservations suggested
For more information and to reserve tickets, visit jccotp.org/Thurnauer or call 201-408-1465.

Dorothy Kaplan Roffman, founding director of the Thurnauer School of Music said, “We are delighted to present such fine musicians performing these two great masterpieces by Beethoven. This is a special way to celebrate the enduring legacy of Beethoven in his 250th year.”

Violinist Samuel Katz has been praised by the New York Times for playing with "...lovely sound and lyricism.”  Samuel has concertized extensively throughout Europe and U.S. He was featured as a soloist with the New York Youth Symphony on their 50th anniversary concert in Carnegie Hall, collaborating with Cho-Liang Lin and Michelle Kim.

Barbara Stein Mallow, cellist, is recognized as a distinguished soloist, recitalist and chamber musician. For many years, she was member of the Carnegie String Quartet and the Chamber Arts Trio. She is currently on the faculties of the Mannes College of Music at The New School and Kneisel Hall Summer Chamber Music School and Festival in Blue Hall, Maine and also taught at the Perlman Music Program where she established the cello and chamber music programs.

Acclaimed as an artist of unusual sensitivity and virtuosity, pianist Steven Masi has concertized extensively throughout North America, Europe, and Asia. As a recitalist and chamber musician, he has appeared at the Casals Festival, Aspen Music Festival, Chautauqua Festival, Park City International Festival, Central Vermont Chamber Music Festival, and Music Festival of the Hamptons. Masi's 2017 CD recording of Beethoven’s complete Sonatas for Piano on the Albany Records label has been greeted with praise in the press as “Masi’s crowning achievement.”

The JCC Thurnauer School of Music has been named a Major Arts Institution by the New Jersey State Council on the Arts. Serving more than 500 students from infancy through adulthood, it offers a comprehensive program similar to the finest pre-college conservatories. The Thurnauer experience includes instrumental lessons, ensembles, and classes, master classes with world-renowned artists; a chamber music series; faculty recitals; frequent student performances; and a 20+ year partnership with the Englewood Public School District. The school is a member of the National Guild for Community Arts Education and received an award for “excellence and high standards” from The Chamber Music Society of Lincoln Center. For more information, visit jccotp.org.