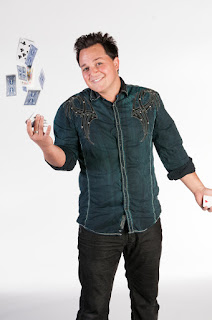 WHEN: Friday, February 28, at 8pm
WHERE: 15 Livingston Ave., New Brunswick
TICKETS: $35-$75
For tickets, more information, or group discounts, call State Theatre Guest Services at 732-246-SHOW (7469) or visit us online at STNJ.org. State Theatre Guest Services, located at 15 Livingston Ave, New Brunswick NJ, is open Monday through Friday from 10am to 6pm; Saturday from 1pm to 5pm; and at least three hours prior to curtain on performance dates unless otherwise specified. Additional ticket and transaction fees may apply.

These cutting-edge illusionists display skills that have taken a lifetime to perfect and include large-scale illusions, sleight-of-hand, perplexing interactive mind magic, comedy, and dangerous escapes. All performances of the show include some audience participation. The magicians will be available for meet and greets with audience members in the lobby after the conclusion of the performance and will be available for photographs and autographs.