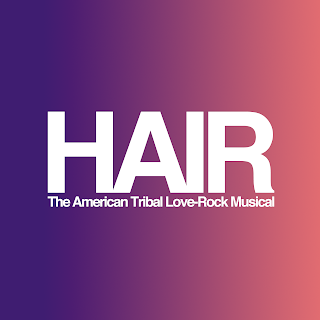 OCHO MEDIA is pleased to announce a revised edition of the hit Broadway musical HAIR: The American Tribal Love-Rock Musical – will be presented at the Burgdorff Center of Performing Arts from June 5 - 7, 2020.

The new libretto, coined as the “Half-Century Anniversary Edition,” is based upon and faithfully follows the original script of HAIR written by Gerome Ragni and James Rado with music by Galt MacDermot. The new edition features new lyrics, dialogue and delves deeper into the characters, relationships and the storyline. The production will be directed by Alex Ocho.

Audition details are available at: https://ezregister.com/promoters/5138

TICKETS: A limited amount of specially priced Pre-Sale tickets are available now at ochomedia.ticketleap.com/hair. Regularly priced tickets can also be purchased at the link or by visiting the Burgdorff Center of the Performing Arts one hour prior to showtime.

Welcome to the “Age of Aquarius.”

The year is 1967: LBJ is in the White House, The Vietnam War rages, seen nightly on TV news. Anti-war protests erupt. Martin Luther King leads civil rights marches. Robert Kennedy prepares to run for the presidency. And a new kind of human being appears. A new aesthetic is born. A love-moment, an awakening ...

HAIR celebrates the sixties counterculture in all its barefoot, long-haired, bell-bottomed, beaded and fringed glory. To an infectiously energetic rock beat, the show wows audiences with songs like "Aquarius," "Good Morning Starshine," "Hair," "I Got Life," and "Let the Sun Shine In." Exploring ideas of identity, community, global responsibility and peace, HAIR remains relevant as ever as it examines what it means to be a young person in a changing world.

Hair became the musical that defined a generation. With its depiction of hippie counterculture, groundbreaking rock ‘n roll score, coarse language, drug use and infamous nude scene — Hair challenged all conventions of musical theater. Hair premiered in 1967 at Joseph Papp’s new Public Theater for its inaugural New York Shakespeare Festival. The original Broadway production opened in 1968 at the Biltmore Theater, ran for 1,750 performances and was nominated for two Tony Awards. Hair launched the careers of Diane Keaton, Donna Summer, Meat Loaf and Melba Moore. A successful 2009 Broadway revival won the Tony for Best Revival of a Musical. The musical spawned hit songs such as “Aquarius”, “Easy to be Hard,” “Good Morning Starshine” and “Let the Sunshine In.”

Performances are 2 hours and 30 minutes including a 15-minute intermission.

This show is intended for mature audiences. Viewer discretion is advised. Children under the age of 4 are not permitted in the theatre. All patrons, regardless of age, require a ticket for entry.