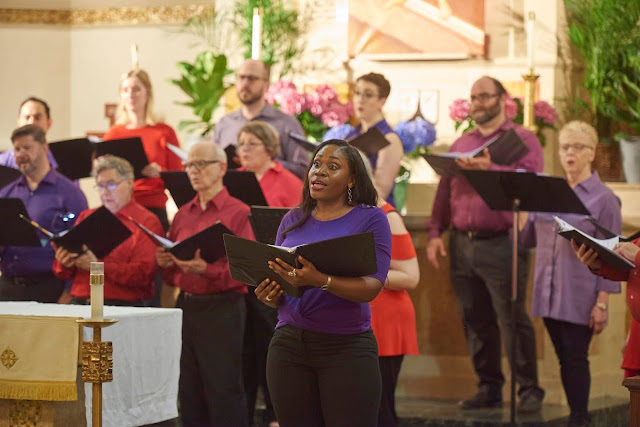 How can we better listen to and hear voices that are different from our own? The second concert in Ember’s 25th anniversary season with the theme, Listening, will explore through music the importance of listening thoughtfully and with compassion to voices that are frequently disenfranchised, such as those of other cultures, races and genders, the young, elderly and the ill.

“We began the Listening season in November with the “Civil Discourse” concert that examined  the need for more thoughtful civility in our daily discourse,” says Deborah Simpkin King, Ph.D., Ember’s Artistic Director, Conductor and Founder.  “In ‘Outside Voices,’ we call on the listening skills we explored in the previous concert and apply them on a broader level to people we might tend to overlook.”

Outside Voices will feature the world premiere performance of a choral arrangement of singer/songwriter Judy Collins’ haunting Dreamers. Russell Walden, Collins’ longtime collaborator and arranger, created a choral setting of the song and reached out to Ember for its premiere. The ensemble will also perform three PROJECT : ENCORE compositions: Michael Bussewitz-Quarm’s moving piece, My Name is Lamiya: Don’t Call Me Refugee; Malala by Adrienne Albert; and Donald McCullough’s impactful two-movement set on Roethke poetry, The Eye Begins to See. Also included is Please Stay by Jake Runestad.  Several of the Phoenix Singers, Ember’s teenage choir, will join Ember in the performance.

Ember is the performing ensemble of Schola Cantorum on Hudson, founded in 1995 by Deborah Simpkin King, Ph.D., as an independent nonprofit organization. Ember performs its entire concert season in Manhattan and in Northern NJ. Its unique programming features new music (largely by living composers) with a socially pertinent message. The internationally recognized new music initiative, PROJECT : ENCORE ™, was founded through Schola and the organization supports multi-pronged education and engagement programs in addition to its performing activities. Ember draws singers from eleven counties throughout New York and New Jersey. Schola is supported by the New Jersey State Council on the Arts, the Marjorie Bunnell Foundation, and many other generous individuals, foundations and business partners.

Deborah Simpkin King, Ph.D., is the Founder and Artistic Director of Ember, the vocal ensemble of Schola Cantorum on Hudson (Schola), and of PROJECT : ENCORE™. Dr. King chairs the New York Choral Consortium (NYCC) and as an ongoing columnist with ACDA’s The Choral Journal, and host of public radio’s Sounds Choral, Dr. King serves the music community worldwide.  Known as a visionary conductor, educator and advocate of new music and the choral community, Dr. King is a frequent presenter at professional conferences and active as a guest conductor and teacher of master classes and choral workshops.