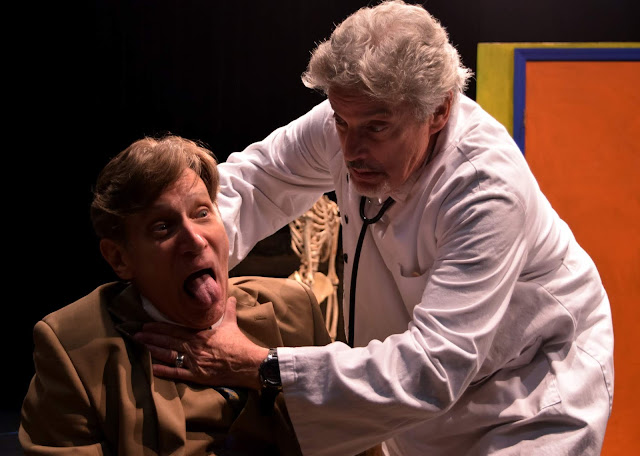 THE SUNSHINE BOYS
by Neil Simon

WHEN: Friday, February 14 through March 1, Friday, February 14 at 2:00 PM (preview) and 8:00 PM (opening); Fridays, February 21 and 28 at 8:00 PM; Saturdays, February 15, 22 and 29 at 8:00 PM; Sundays, February 16, 23 and March 1 at 2:00 PM; Wednesdays, February 19 and 26 at 2:00 PM and Thursdays, February 20 and 27 at 7:30 PM.
WHERE: Sitnik Theatre of the Lackland Performing Arts Center, 715 Grand Ave. Hackettstown
TICKETS: $28.50 to $32.00 for adults with discounts available for students, seniors and children under 12.  Centenary Stage Company offers a variety of special ticket offers and discounts in conjunction with the production of The Sunshine Boys. Thursday evening performances offer patrons a buy one/get one rush ticket special. The BOGO offer is only valid for in-person sales at the CSC box office beginning at 5:30 PM on the night of the performance. The BOGO offer is not available for advance ticket sales on-line or over the phone. Centenary Stage Company also offers a Buffet Matinee for the Wednesday, Feb. 19 and 26 afternoon performances. Buffet Matinees are available to groups of 25 or more and must be reserved in advance. Tickets for Buffet Matinees are $45.00 per person and include a catered brunch prior to the 2:00 PM performance. Call the box office directly at (908) 979 – 0900 for more information or to reserve.  Additionally, Hackettstown Residents can enjoy $10.00 Rush Tickets for the Friday, February 14 2:00 PM preview performance. Rush Tickets are only available in person at the CSC box office with a valid ID or proof of Hackettstown residency. Finally, Centenary Stage Company offers a special $5.00 Student Rush Ticket available to students from any school for any Friday evening performance with a valid student ID. $5.00 Student Rush Tickets are only available in person at the CSC box office on the day of the event and not available for advance ticket sales, on-line or by phone. 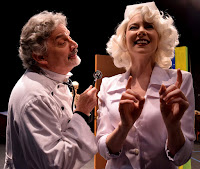 The New York Times hails The Sunshine Boys as “Delicious and oddly affecting.” The New York Post claims, “It’s ham on wry…Simon’s sure footed craftsmanship and his one liners are as exquisitely apt as ever,” and the New York Daily News says, “Another hit for Simon in a shrewdly balanced, splendid and rather touching slice of the show biz life.”

Directing the production is Keith Baker. Baker serves as the Artistic Director for Bristol Riverside Theatre in Bristol, PA. In addition to directing more than 90 productions with BRT, including the 2018/19 BRT production of Neil Simon’s The Sunshine Boys, Baker served as the cultural ambassador of theatre for the U.S. State Department in Armenia.

As the story goes, Al and Willie as “Lewis and Clark” were top-billed vaudevillians for over forty years. Now they aren’t even speaking. When CBS requests them for a “History of Comedy” retrospective, a grudging reunion brings the two back together, along with a flood of memories, miseries and laughs. 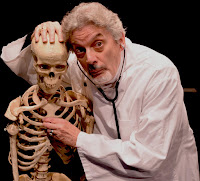 The original Broadway production of The Sunshine Boys opened December 20, 1972 starring Sam Levene and Jack Albertson as Lewis and Clark. It closed April 21, 1974 after 538 performances. It was revived on Broadway in 1997, starring Jack Klugman and Tony Randall. It received a West End debut in 2013 starring Danny DeVito, and Los Angeles production in 2013, also starring DeVito and, former Taxi co-star, Judd Hirsh. Audiences will probably best remember the 1975 movie adaptation of The Sunshine Boys, which starred George Burns and Walter Matthau and won Burns an Oscar for Best Supporting Actor. There was also a 1996 TV Movie Simon adapted for Hallmark Entertainment starring Woody Allen and Peter Falk as Lewis and Clark, along with Michael McKean, Liev Schreiber, Eddie Falco, Sarah Jessica Parker and Whoopi Goldberg in supporting roles.

Centenary Stage Company’s production of Neil Simon’s The Sunshine Boys is sponsored in part by The House of the Good Shepherd, Heath Village Retirement Community, Fulton Bank and Home Instead Senior Care.

The 2019-2020 season of performing arts events at the Centenary Stage Company is made possible through the generous support of the Geraldine R. Dodge Foundation, the NJ State Council on the Arts, the Shubert Foundation, the Blanche and Irving Laurie Foundation, the Sandra Kupperman Foundation, Zonta Morristown Chapter and CSC corporate sponsors, including Season Sponsor The House of the Good Shepherd, Heath Village Retirement Community, Silver Sponsors Hackettstown Medical Center with Atlantic Health System, Home Instead Senior Care (Washington), and Fulton Bank, and Centenary Stage Company members and supporters.