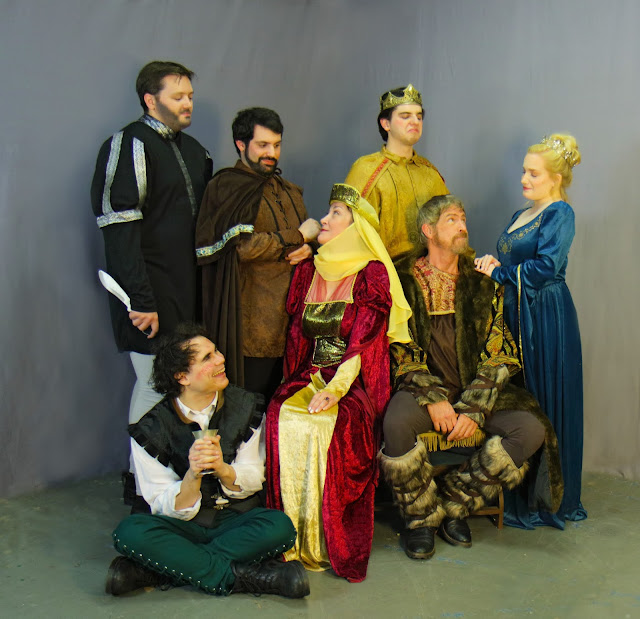 WHEN: February 15th through March 7th; 8 pm on Fridays and Saturdays, and 2 pm on Sundays. Advance discount tickets for students age 25 and under with proper ID are available for $14 by phone or at the box office for every performance. Student rush seats can be purchased for $5 (cash only) starting 30 minutes before curtain at every performance, pending availability.There is a limit of one discount ticket per student ID.
WHERE: Little Firehouse Theatre, 298 Kinderkamack Road in Oradell
TICKETS: $22 for Friday/Saturday performances and $18 for Sunday matinees
Tickets may be purchased online at www.bcplayers.org, by calling 201-261-4200 or by visiting the box office during regular box office hours. Visa, Mastercard, and American Express are accepted.

Nothing is more tantalizing than Royals scheming and fighting amongst themselves, especially when the prize is the throne itself. It's Christmas 1183, and King Henry II is planning to announce his successor to the throne. Perhaps best known for the film version starring Katherine Hepburn, Anthony Hopkins and Peter O?Toole, this deliciously entertaining show probes deviance and greed in a family of royal misfits? (London Free Press) as they partake in a literal battle royale to rule the kingdom. Perhaps Eleanor of Aquitaine herself explains it best: Well, what family doesn’t have its ups and downs?.

Carol Fisher (Director) is a life member of Bergen County Players and has directed numerous productions including Church and State, The Last Night of Ballyhoo and Sordid Lives. She also appeared here as Bertha in Pippin at the beginning of this season. Fisher, who lives in Teaneck, played Eleanor in The Lion in Winter 14 years ago. She has described the play as a grand, sweeping story of royal dysfunction.

Those interested in Group Sales of 20 or more tickets can email groups@bcplayers.org or call the main number and press #6.

BCP offers seating to accommodate patrons who are mobility impaired who can transfer from a wheelchair. These seats can be purchased by calling the box office at 201-261-4200. These seats will be released for public sale two weeks prior to performance.

A new program is now available for qualified nonprofit organizations to use one performance of each production as a fundraising event. The group will book all 200 seats at a deeply discount price and then resell the tickets at a price of their choosing with the difference in price kept by the group. The available date is the Thursday of each show?s final weekend. Interested groups can email fundraising@bcplayers.org for more information.

There is free street parking on Kinderkamack and side streets as well as at the Park Avenue municipal lot, one-half block north of the theater.