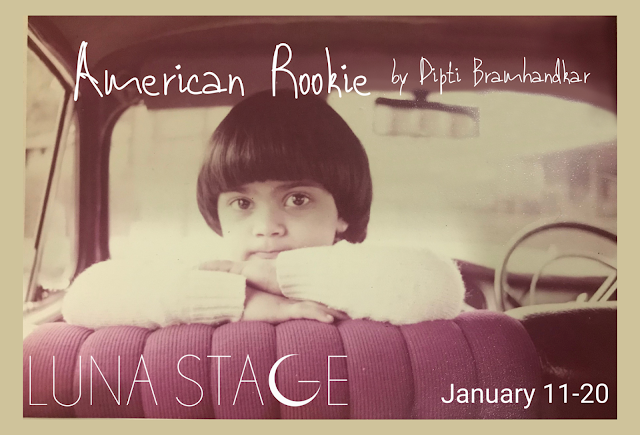 Part coming-of-age tale, part social commentary, and part comedy, this one-woman show explores what it means to be an immigrant at a time when the country can't stop talking about it.

Inspired by Bramhandkar's experiences growing up in America after moving from Mumbai to rural Upstate New York, American Rookie brings to life the joy, humor, and pain of the assimilation process —from mimicking 80's fashion and studying Judy Blume books to constructing a new American persona altogether.

“American Rookie is a show I needed to see when I was a teenager,” says Bramhandkar. “I was grappling with my Indian and immigrant identity on top of the awkward, cringeworthy moments of that time of life. I wanted to talk about big topics like race and belonging but as portrayed in everyday moments - funny, sad, and seemingly ordinary ones - that shape our understanding of each other. My hope is to invite everyone into a conversation about what we have in common at a time when our country feels divided.”

Dipti Bramhandkar is a NYC-based playwright and performer. As a lifelong prose writer, her words moved from the page to the stage after a serendipitous theater retreat in 2014. Later that year, her play, The Accident, won numerous awards at the Frigid Festival, and threw her headlong into the world of theater, writing several short plays, as well as producing numerous readings. In 2019, she was invited to be Playwright-in-Residence at Guild Hall in East Hampton. She is currently preparing for a reading of her play Islands of Contentment for Labyrinth Theater Company’s Barn Series at Cherry Lane Theater in January 2020. Dipti is a graduate of Cornell University (BA) and Cambridge University (MA). Please visit www.diptibramhandkar.com for more information about Ms. Bramhandkar.

Padraic Lillis (Director) is the Founding Artistic Director of The Farm Theater. Last fall he was The Humana Visiting Scholar and Artist in Residence at Centre College where he developed and directed ten student solo shows. He has directed and developed over twenty solo shows that have had Off-Broadway runs, toured internationally, and been presented at The Kennedy Center. His plays are published with Dramatists Play Services and his solo show Hope You Get To Eleven or What are we going to do about Sally? was awarded Outstanding Solo show at the Planet Connections Festivity. Other awards include: New York Innovative Theatre Outstanding Director, NY International Fringe Festival’s Overall Excellence in directing, and Best Short film at the Milan International Film Festival for his film Hand Over Hand, which he wrote and directed. Padraic hosts The Farm Theater’s Bullpen Sessions podcast. He is the resident dramaturg for Compass Needle, a member of the LAByrinth Theater Company, and a lifelong Yankee fan.