Trey McLaughlin & The Sounds of Zamar to perform at Kean Stage 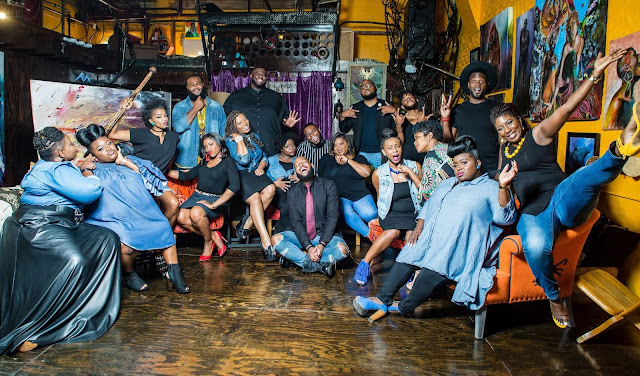 Trey McLaughlin & The Sounds of Zamar

Morristown native Sabine McCormick will perform with the powerful gospel group, Trey McLaughlin &The Sounds of Zamar when their tour makes a stop at Kean University’s Enlow Recital Hall.

McCormick, who now makes her home in Augusta, Ga., is looking forward to performing for family and friends close to her hometown. “I’m so excited,” she said. “It’s the first time my family will see me doing what I do. This is going to be awesome. I can’t wait!”

Trey McLaughlin and The Sounds of Zamar offers a fresh take on contemporary gospel, pop and musical theater hits. With their rich harmonies, expressive sounds and intricate arrangements, they have emerged as one of the brightest new groups on the gospel scene. Their viral videos have won them millions of followers on YouTube.

The group released their debut album, Limitless, in 2012. Their single, I Will Praise, peaked at #63 on the Billboard gospel chart. Since then, they have performed with gospel greats such as William McDowell, Kierra “Kiki” Sheard, Brian Courtney Wilson, Richard Smallwood, Earnest Pugh and James Fortune. McLaughlin cites as his influences a diverse range of artists, including Kirk Franklin, Stevie Wonder, Rodgers and Hammerstein and Mozart.

“Trey is a genius,” said McCormick. “It’s crazy how he comes up with arrangements. I have musical talent but his is on another level. It’s a gift.”

Many of their songs are straight-up gospel tunes performed by McLaughlin and the 17-member group. But McLaughlin also has a knack for taking pop songs and reinterpreting them as praises. One example is Prince’s I Would Die 4 U, which becomes Jesus Died For You. The group also incorporates Broadway hits into their repertoire, from shows such as The Lion King and Dear Evan Hansen, but with a message that is more spiritual.

“Trey has created a show that will leave people speechless,” said McCormick. “People leave the show full of hope and positivity because of what he created.”

McCormick grew up singing in the choir at Calvary Baptist Church in Morristown. She had her first solo at age five and performed regularly with the choir until she left for college.

“Calvary will always be my home,” she said. “I always appreciate the opportunity they gave me. It’s where I grew to love hymns.”

While attending Paine College in Augusta, Ga., McCormick was a member of several choirs at school and at church. That’s where she met McLaughlin and in 2009 he decided to form his own group, incorporating the word “Zamar,” which in Hebrew means “to make music.” McCormick was among the first to join the group.

“What I love about singing gospel music is that what we sing reaches out to everyone,” she said. “It really moves me.”