The Baroque Orchestra of New Jersey presents "A Surprise Wassail” 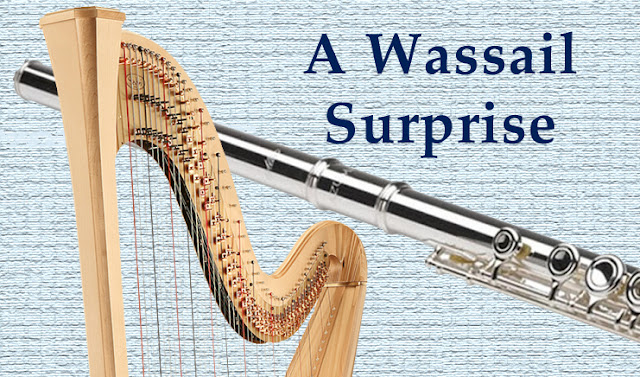 The concert will feature works from the early Classical and Baroque period. The BONJ is fortunate to have four popular soloists interpreting the works. Franz Joseph Haydn’s Symphony #94 (The Surprise Symphony) and his Piano Concerto #11 in D major will be performed. The outstanding young pianist Nicolas Gritz will be the soloist for the Piano Concerto.

Mozart’s Concerto for Flute and Harp will feature the flutist Laura Ferraro and the harpist Merynda Adams..

Mozart and Haydn were friends as well as colleagues. Both spent much time in Vienna.  However, neither knew of these works by their friends. And neither was composed for Vienna, though they both spent much of their lives in Vienna. Mozart wrote his concerto while visiting Paris in 1778 while Haydn wrote his symphony for his London trip of 1791.

Pianist Nicolas Gritz is the winner of BONJ’s 2014 Sylvia Platt Scholarship. He was named "Musician of the Month" for April 2019 by mPac (Mayo Performing Arts Center, Morristown). He also won the judge’s awards at the IMPACT music competition in NYC Carnegie hall; the judges’ award at the Dimenna Piano Competition at the Dimenna center, NYC; Crescent Concerts Showcase for Exceptional Young Artists; Cecilian Society scholarship for summer musical study at Westminster Choir College

Ms. Ferraro has served as Principal Flutist for BONJ since 2016. She most recently was soloist on the memorable performance of Bach's Brandenburg Concerto #2. She performs frequently with the Fieldstone Ensemble. With the ensemble, in 2016 Laura premiered “Five Course Dinner for Three” by Robert W. Butts.

Merynda Adams has performed brilliantly with the BONJ in 2018 as well as with the New Jersey Symphony Orchestra, New York Grand Opera, New Philharmonic, Lyrica Chamber Music, Northeastern Philharmonic, Colonial Symphony, Westfield Symphony, Lake Placid Symphonietta and off Broadway in The Fantasticks and has performed internationally in Belgium, France, the Netherlands and Puerto Rico.

Described by the Star Ledger as having "played the harp with color and great facility," Ms. Adams is a 1994 winner of the Artists International Competition and the Goldblatt Award. She frequently collaborates with violinist, Christopher Collins Lee. She has also accompanied renowned soprano, Aprile Millo in recitals in New York, Delaware and Toronto. Her newly established recital series, "Chamber Music for Charity" presents works for harp and various instruments to benefit area charities. She is often heard in area churches, including the Cathedral Basilica of the Sacred Heart and St. Patrick's Cathedral.  Ms. Adams is featured in the book, "Plaza Weddings," playing at the wedding of Eddie Murphy. She has recorded several CDs.

He is acclaimed as demonstrating “range, resonance and interpretive skill.” Most recently, he was seen singing in Josh Groban’s backup quartet at the Nassau Coliseum, Madison Square Garden, The Tonight Show with Jimmy Fallon and Good Morning America. This past season, he performed with Opera Theater of Connecticut at the Sanibel Island Music Festival and portrayed Sciarrone in their production of Tosca.

The Baroque Orchestra of New Jersey was founded in 1996 with music of the 17th and 18th century at its core. The group performs a variety of genres from concertos to symphonies to operas. Under the auspices of its Pearl and Julius Young Music Competition, the organization has nurtured the talent of many promising young musicians. Under the guidance of its Artistic Director Maestro Butts, the orchestra’s repertoire has expanded to include 20th century and modern pieces by the likes of Joaquin Rodrigo and others.