WHEN: Friday, January 31, at 8:00pm
WHERE: McCarter Theatre Center, 91 University Pl., Princeton
TICKETS: start at $25 and are available online at mccarter.org and princetonsymphony.org, by phone at (609) 258-2787, or in person at the McCarter Ticket Office, located at 91 University Place in Princeton. 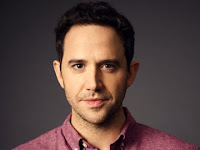 Broadway stars and musicians of the Princeton Symphony Orchestra perform a concert reading of The Big Time, a new musical comedy from Douglas Carter Beane, author of Broadway’s Sister Act, Cinderella, and Xanadu. It’s the height of the Cold War when Russian spies take over an ocean liner holding all of NATO. Leave it to lounge singers on board to save the day by teaching the communists to put down their Kalashnikovs and pick up singing, dancing, and comedy. The war is cold but the numbers are hot in this show with score and lyrics by Douglas J. Cohen, music direction by Fred Lassen. This is the second installment of the new PRINCETON POPS series, a collaboration of the Princeton Symphony Orchestra and McCarter Theatre Centre at McCarter’s M 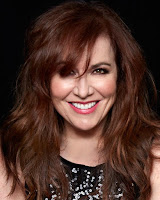 Describing the show’s genesis, creator Douglas Carter Beane says, “I am a big fan of NATO. I also happen to be a big fan of Steve Lawrence and Eydie Gorme. I believe the three will save the world. Or maybe, just maybe, a long time ago–so long ago just about everyone forgot it–they actually did. From there, I just started writing.”

Mr. Beane calls the upcoming concert reading, “a ton of fun,” adding, “There are no sets, no costumes, and no dancing. Just an orchestra, and people reading the scenes of the show with vibrant acting and singing their hearts out. It is pure entertainment.”

McCarter Theatre Center’s Managing Director Michael S. Rosenberg is excited about bringing musicals like The Big Time to Princeton. He says, “While the idea for this show had been percolating for quite some time, this draft takes the show back to the 60s with all-new orchestrations that beautifully capture the Vegas lounge sounds of Frank Sinatra and the Rat Pack.”