Gregorio Uribe, Singer & Accordionist, to appear in Hackensack on January 11 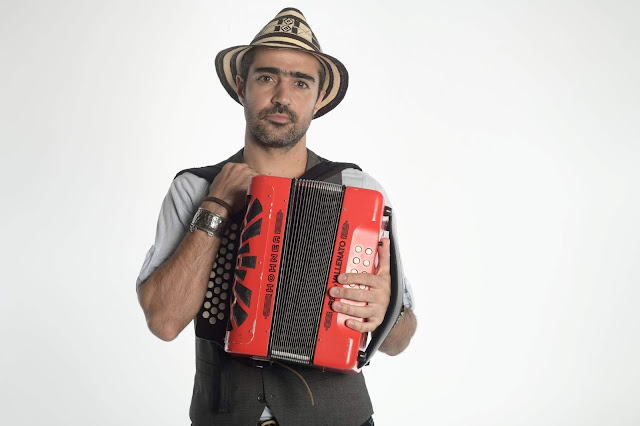 Singer, songwriter, and accordionist Gregorio Uribe was born in Bogota, Columbia and is now based in New York. A graduate of the Berklee College of Music he has received critical acclaim for his upbeat danceable music which blends cumbia and other Colombian rhythms with creative arrangements. His first release featured the Latin music star Ruben Blades and led to sold-out performances at venues such as Jazz at Lincoln Center. His accordion work can be heard on the Latin Grammy Award-winning album “Marc Anthony for Babies” and he was recently named one of the “100 most successful Columbians Abroad.” Billboard Magazine named him a “Latin Artist on the Rise.”

The final two concerts in the series features singer-songwriter James Maddock on Saturday, March 28 and jazz trumpeter and singer Bria Skonberg on Saturday, April 18. Maddock burst onto the music scene in 1999 with the band Wood. He won a New York Music Award for Best Americana Album with “Sunrise on Avenue C” and is a fan favorite.

Bria Skonberg has won the prestigious JUNO Award in 2017, and has received the Jazz at Lincoln Center Swing Award, two Hot House Jazz Magazine Awards, the New York Bistro Award for Outstanding Jazz Artist, and the DownBeat Rising Star Award. Popular with both critics and fans, she was called “one of the most versatile and imposing musicians of her generation” by the Wall Street Journal.

The PAC the House Series is made possible thanks to sponsorship grants from Hekemian & Co. Inc., Inserra Supermarkets, the Hackensack Meridian Health Hackensack University Medical Center, Capodagli Property Company, and the Enburg Group. The entire 2019-20 PAC the House Series has been generously underwritten by 1st Bergen Federal Credit Union and is also supported by the Main Street Business Alliance.

For more information about the PAC the House Series and other programs, visit www.hacpac.org or call the box office at 201-820-3007

PAC the House at a glance: