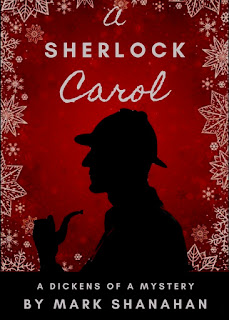 A SHERLOCK CAROL
by Mark Shanahan

Discount Parking available at The Harlow at 1330 Willow Avenue and at Little Man Parking at 1300 Jefferson Street. For parking information and directions: http://milesquaretheatre.org/directions.html

Estimated run time: 1 hour and 30 minutes
Recommended for ages 8 and up

Moriarty was dead, to begin with. And Sherlock Holmes is a haunted man. But when a grown up Tiny Tim asks Holmes to investigate the death of Ebenezer Scrooge, the Great Detective must use his gifts to solve a Dickens of a Christmas mystery!  Six actors take on the beloved characters of Arthur Conan Doyle and Charles Dickens in this heartwarming and highly theatrical holiday treat for all ages!

MST Artistic Director Chris O’Connor states, “We are currently running a production of Mark Shanahan’s A MERRY LITTLE CHRISTMAS CAROL, and it’s such a wonderful adaptation that is thrilling our audiences. Mark mentioned he’d been working on this very intriguing intersection between the Dickens novella and Sherlock Holmes and I said, “Bring it on! Let’s do a reading!” We’re excited to have Mark and these other wonderful theatre artists read the play. It should be great fun.” 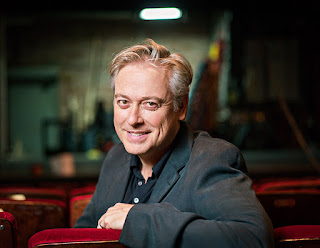 MARK SHANAHAN (Director and Playwright) MST: A Merry Little Christmas Carol, 39 Steps. As a director, his work has been seen at the Alley Theatre,  Westport Country Playhouse, Virginia Stage, Penguin Rep, Florida Rep, Merrimack Rep, White Heron, Fulton Theatre, Theatre Squared, Hudson Stage, Cape Playhouse, Arkansas Rep, Irish Rep and others. As an actor, he has appeared on Broadway in The 39 Steps and Off-Broadway in Tryst, The Shaughran, Checkers, As Bees In Honey Drown and more. As a playwright, his adaptation The Dingdong: Or How The French Kiss, played off Broadway and at numerous regional theatres. His adaptation A Merry Little Christmas Carol has also played at White Heron Theatre and Florida Rep. Mark is an Edgar-nominated playwright and an award-winning voice over artist. BA Brown University, MA Fordham University, where he serves as an adjunct faculty member. www.mark-shanahan.net