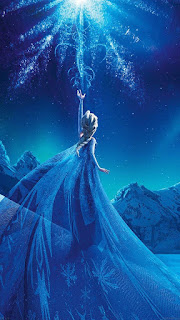 Based on the Disney film, Frozen written by Jennifer Lee and directed by Chris Buck and Jennifer Lee

The original Broadway production of Frozen was directed by Michael Grandage and produced by Disney Theatrical Productions.

A story of true love and acceptance between sisters, Frozen JR. expands upon the emotional relationship and journey between Princesses Anna and Elsa. When faced with danger, the two discover their hidden potential and the powerful bond of sisterhood.

Based on the Disney film, Frozen Jr. follows the adventures of two sisters as they discover their hidden potential and the powerful bond of sisterhood. Featuring all of the popular songs from the movie, such as “Let It Go” and “For the First Time in Forever,” the show is a scaled-down version of the Broadway musical that opened last year. The film and the musical alike have been a hit with audiences of all ages, said Tasha R. Williams, director of the production.

“With familiar songs, and characters filled with compassion, humor and strength, this show has been a delight to bring to life,” said Williams. “We are lucky to be able to nurture the love of the arts in our local communities,” said Jake Ezzo, the production’s musical director and South Orange Middle School choral teacher.

The key parts of Princess Elsa and Princess Anna have each been divided between up to three actors, each portraying the character at a different age. In addition, the show will be performed by two different casts, to give more young people a chance to experience making theatre.

Founded in 2009, interACT is now in its 10th season of bringing award-winning theatre to the community. interACT is the theatre in residence at The Baird Cultural Arts Center in South Orange, but during the Baird's renovation, the company will perform their mainstage productions "on the run"  at South Orange Middle School and The Burgdorff Center in Maplewood. Next up for the company in winter/spring 2020 is ROMEO & JULIET and the musical NINE TO FIVE.