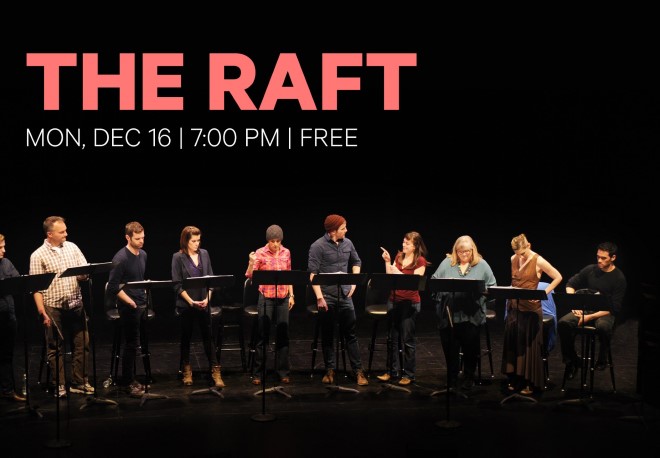 Join us for a work-in-process reading of one of our current commissions, The Raft—a Mark Twain/Huckleberry Finn project created by multi-hyphenate talent Rinde Eckert and director David Schweizer. On his deathbed, Samuel L. Clemens aka Mark Twain, is visited by two of his most famous creations, Jim and Huckleberry Finn. Together, Jim and Huck guide Twain on one last trip down the river.

In a piece that bends time and space, Twain, Jim, and Huck encounter a rich cast of characters on their journey including a pair of ruffians, Sir Edmond Halley, Nikola Tesla, Albert Einstein, and Twain’s daughter, Clara. Audiences will remember Rinde and David as the team behind our acclaimed adaptation of Shakespeare’s Pericles, which we produced in 2016.