“ELF The Musical” Kicks Off the Holidays at The Growing Stage! 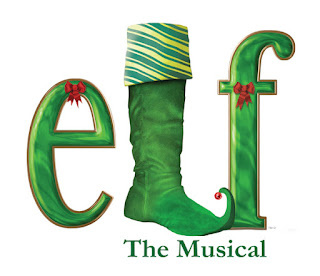 WHEN: November 29th through December 22nd, with performances Fridays at 7:30PM, Saturdays and Sundays at 4:00 PM*
WHERE: Historic Palace Theatre, 7 Ledgewood Avenue, Netcong, New Jersey
TICKETS: $28 for adults, $22 for seniors and $18 for children.
To purchase tickets, please visit www.growingstage.com or call (973) 347-4946. Group rates and Season Membership Plans are still available.

The Growing Stage, The Children’s Theatre of New Jersey, located in the Historic Palace Theatre in Netcong, kicks off the holiday season with ELF The Musical. Based on the cherished 2003 New Line Cinema hit, ELF the Musical features songs by Tony Award nominees, Matthew Sklar and Chad Beguelin (Disney’s Aladdin on Broadway, The Wedding Singer), with a book by Tony Award winners, Thomas Meehan (Annie, The Producers, Hairspray) and Bob Martin (The Drowsy Chaperone), with direction by Lori B. Lawrence, Director of Educational Programming, choreography by Jillian Petrie and musical direction by Stephen Fox.

ELF The Musical introduces us to Buddy, a young orphan, mistakenly crawls into Santa’s bag of gifts and is transported to the North Pole. The would-be elf is raised, unaware that he is actually a human, until his enormous size and poor toy-making abilities cause him to face the truth. With Santa’s permission, Buddy embarks on a journey to New York City to find his birth father and discover his true identity. Faced with the harsh realities that his father is on the naughty list and his half-brother doesn’t even believe in Santa, Buddy is determined to win over his new family and help New York remember the true meaning of Christmas.

ELF The Musical features the talents of three professional equity performers in the cast: James D. Lynch (Growing Stage Debut) of Blakeslee,PA, as Walter Hobbs; Lisa Winkler (Frosty, Narnia ) of Mendham, NJ, as Emily Hobbs and Colleen Lis (Growing Stage Debut) of Montclair, NJ, as Deb.  Rounding out the cast are 16 performers (adults and young people) from all across the state including Connor McKenna of Hillsborough, NJ as Buddy the Elf and Olivia Clavel-Davis of Newton as Jovie.

*Sunday, December 1st at 3PM: See the show at a special time followed by the Netcong Holiday Parade.

Sensory Friendly Performance – On December 22nd at 4PM, The Growing Stage will present a sensory friendly performance of ELF The Musical.  At this performance, see the full production in a safe, supportive environment.

ELF The Musical is presented through special arrangement with Music Theatre International (MTI). All authorized performance materials are also supplied by MTI. www.mtishows.com

The Growing Stage’s programs are made possible, in part, by funding from the New Jersey State Council on the Arts, and contributions from numerous corporations, foundations, and individuals.