December at the RVCC Planetarium

The Alien Who Stole Christmas

Discover the stars visible in tonight's sky. Then follow Santa on an adventure through the solar system when a friendly alien kidnaps him. The kids on other planets want presents too, you know! (Recommended for ages 6-10)

Sing along with holiday hits like "Dominic the Donkey," "You're a Mean One, Mr. Grinch," and "Feliz Navidad" while lasers animate the songs on the dome overhead. (Recommended for all ages)

Mystery at the North Pole

Santa has been poisoned! Who did it? Help us question the suspects at the North Pole and see who secretly wants to be the next Santa. (Recommended for ages 6 to adult) 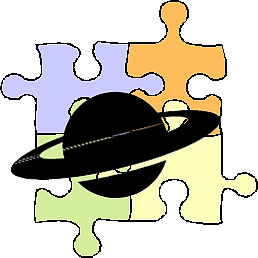 Enjoy music, laser lights, stories, and information about the planets, Moon, and constellations. Content is presented on a kindergarten level.

RVCC Planetarium offers special astronomy and music shows designed for families with children on the Autism spectrum or those with developmental disabilities. These sensory-friendly shows, which are appropriate for audiences of all ages, will provide a comfortable and judgment-free space that is welcoming to all families. During the show, the doors will remain open so children may freely leave and return if they choose. Lights will be left dim (instead of dark) and the audio will be lowered and kept at a consistent level.

There is no fee to visit the Observatory.

The Planetarium, Observatory, and College are closed December 22- January 2.

The Moon is Full on December 12. The December Full Moon is sometimes called the Cold Moon or the Long Night Moon.

The Geminid Meteor Shower peaks this weekend. The best time to see any meteor shower is after midnight, when the part of the Earth that you are on is moving into the stream of meteors. Get up early (or stay up late) and go outside in the early morning hours of December 14 and 15. The Geminids is one of the best meteor showers of the year, with as many as 50 meteors per hour. But light pollution from street lights and the nearly full Moon will outshine some of the dimmer meteors. This shower is called the Geminids because the meteors seem to radiate from the constellation Gemini

Planets to look for:

Venus is shining brightly in the southwest right after sunset.

Saturn is just to its right, but much dimmer. Look for Venus and Saturn between 5:00 and 5:30 pm in the southwest sky.

The Sun is rising around 7:10 am. About an hour beforehand, you can find Mars is the southeastern sky about 20 degrees above the horizon. Mercury is less than 10 degrees above the eastern horizon, so that will be a bit of a challenge.

Constellation to look for this month:

On these long December nights, look high overhead for the constellation Auriga, the Charioteer. It's brightest star is the yellow star Capella.