Crash this "diet" before the holidays! 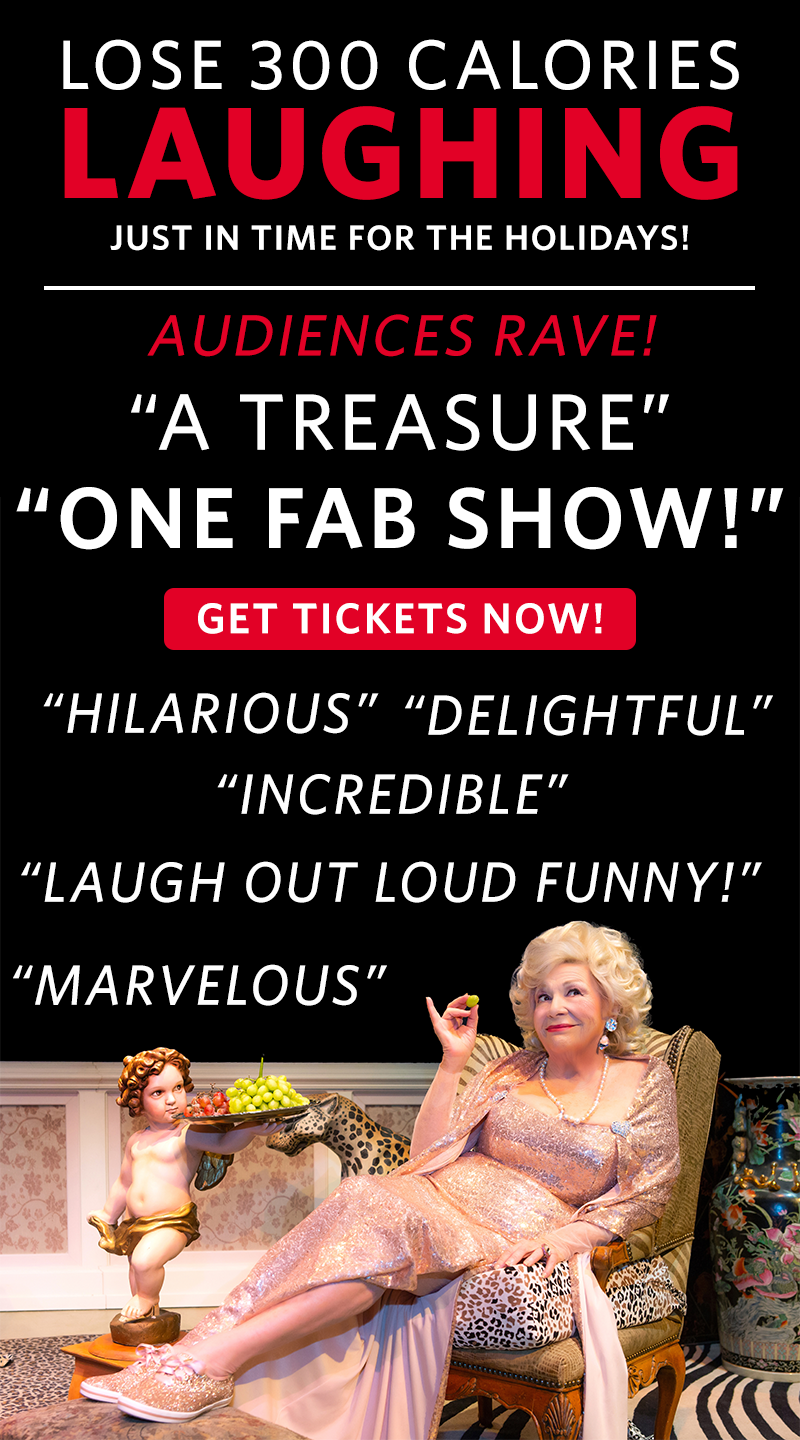 Called “fascinating, lighthearted and spicy” by The New York Times, this hilarious comedy stars the Academy Award-nominated and Emmy Award winning writer and actress Renée Taylor, known for her recurring role on television’s The Nanny. In this acclaimed show, she looks back on a life full of memorable roles in Hollywood and on Broadway, and just as many fad diets, all while dishing juicy anecdotes about legends like Joan Crawford, Marilyn Monroe, and Barbra Streisand.