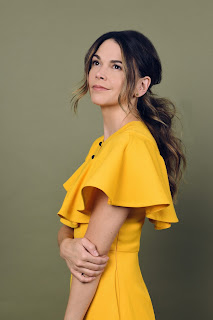 WHEN: Friday, November 8, at 8:00pm
WHERE: The Matthews Theatre, McCarter Theatre Center, 91 University Place, Princeton
TICKETS: Tickets start at $25 and are available via www.mccarter.org or www.princetonsymphony.org, also by phone at 609 258-2787, or in person at the McCarter Ticket Office, located at 91 University Place in Princeton.

Tony Award®-winning singer, actor, and dancer Sutton Foster performs personal song favorites and Broadway classics including “Anything Goes,” “C’est Magnifique,” “Down with Love,” “I Get a Kick out of You,” “Sunshine on My Shoulders,” “Singing in the Rain,” and so much more. The Princeton Symphony Orchestra accompanies Ms. Foster under the baton of John Devlin, former PSO assistant conductor, now music director of the Wheeling Symphony Orchestra.

McCarter Theatre Center Managing Director Michael S. Rosenberg says, “Sutton Foster is absolutely magical. There truly is nothing like seeing her perform live. Charming, open-hearted, and beyond talented. And to see her sing with the entire Princeton Symphony Orchestra is a very special treat. Broadway musicals are back in Princeton in a very big way.”

Other upcoming PRINCETON POPS performances include: The Big Time, a concert reading of a new musical comedy from Douglas Carter Beane—author of Broadway’s Sister Act, Cinderella, and Xanadu—and composer Douglas J. Cohen (January 31, 2020) and The Art of the Movie Score, conducted by Rossen Milanov and featuring violinist Daniel Rowland in a showcase of music from Star Wars, Harry Potter, Vertigo, La La Land, and more (May 9, 2020).