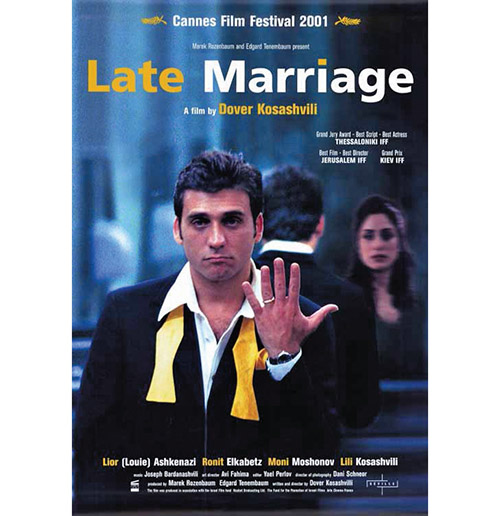 To mark its 20th anniversary, New Jersey Jewish Film Festival (NJJFF) is offering a series of free screenings — “fan favorites” from years past — on the 20th day of certain months leading up to its March 19-29 festival.

On Wednesday, November 20, film-goers will have another chance to see Late Marriage. This critically acclaimed feature will be screened at 12:30 p.m. at JCC MetroWest in West Orange. Chosen for Best Film at the Ophir Awards (Israel’s Oscars) in 2001 and Israel’s submission for Best Foreign Language Film at the 2001 Academy Awards, it was screened during the second NJJFF.

Founded by Livingston residents Caren and Herb Ford, NJJFF will again offer feature films, documentaries and shorts from around the world. Experts, local clergy and filmmakers will lead discussions at many of the screenings. NJJFF sponsors will receive a range of benefits.

Tickets for Late Marriage are free but pre-registration is encouraged; to register or to become a festival sponsor, visit www.jccmetrowest.org/njjff  or contact festival director Sarah Diamond at sdiamond@jccmetrowest.org, 973-929-2938
or 973-530-3417.