The Dryden Ensemble Celebrates Its 25th Anniversary with Benefit This Sunday 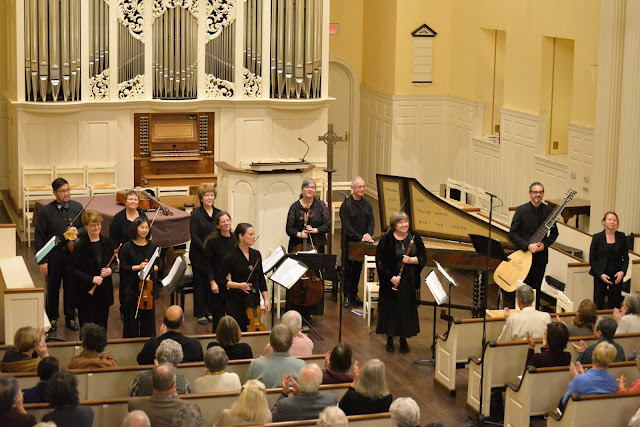 WHEN: Sunday, October 6, at 5 p.m.
TICKETS: $150 per person and may be purchased online or by mail.
Reservations are required

The Dryden Ensemble will celebrate its 25th Anniversary this season, beginning with their Autumn Benefit. This special event will hosted by Brian Fix at his historic home, the first of President Woodrow Wilson’s residences in Princeton. The evening includes a theatrical entertainment, An Eyewitness Guide to Versailles, featuring actors Roberta Maxwell and Paul Hecht, followed by a sumptuous buffet dinner and silent auction.

On Friday, October 18, at 7:30 p.m. the ensemble will present an all-Bach organ recital on the magnificent organ in Miller Chapel at the Princeton Theological Seminary. The recital, entitled Bach and the Art of Dance, features organist Jacob Street, the winner of several international prizes.

The main concert series opens on Sunday, November 10, at 3:00 p.m. at Miller Chapel with A Baroque Tapestry, a program weaving together music from Lully to Bach for two oboes, bassoon, strings, and harpsichord, including Bach’s joyous Harpsichord Concerto in D Major. The concert will also be performed in at Trinity Episcopal Church in Solebury on November 9 at 7:30 p.m.

Lutenist Daniel Swenberg, a Dryden Ensemble regular who performed on Broadway in Farinelli and the King and who will be playing at the Metropolitan Opera again this season in Handel’s Agrippina, will perform a free concert on Sunday, February 16, 2020 at 3:00 p.m. at Miller Chapel. Mr. Swenberg will guide the audience through the thicket of plucked stringed instruments and national styles in a program entitled Three Centuries of Lutes.

To cap off the season, the ensemble will present an intimate production of Bach’s St. John Passion with a choir of eight singers, as Bach did, and a small orchestra of period instruments led by Scott Metcalfe, an acclaimed early music director. The effect of this scoring is that instead of a mass of sound one hears individual lines emerge from the texture with greater clarity, and the soloists, rather than sitting aloof from the action during the chorales and choruses, are full participants in the heart-rending and cathartic events. There will be three performances: Friday, March 13, and Saturday, March 14, at 7:30 p.m. at Miller Chapel on the Princeton Theological Seminary campus and Sunday, March 15, at 3:00 p.m. at Trinity Episcopal Church in Solebury, Pennsylvania.

Tickets may be purchased online at drydenensemble.org, by mail, or at the door, but it is advised to purchase tickets early for Bach’s St. John Passion.