“THE BODY OF AN AMERICAN” OPENS IN WEEHAWKEN THIS WEEKEND 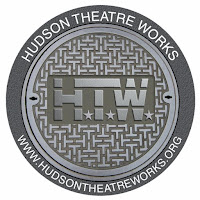 “If you do this, I will own you forever.”

Canadian photojournalist Paul Watson is haunted by the words he heard a dead soldier say as he took the photo, in 1993, that would win him the Pulitzer Prize and reshape American foreign policy.

Playwright Dan O’Brien, struggling with ghosts of his own, reaches out to Watson, and the two forge a friendship as they reckon with the traumas that have shaped their lives. The Body of an American is a bold, radically theatrical and poetic true story that ranges from Afghanistan and Iraq to the Canadian High Arctic.

Two actors play more than thirty roles in an exhilarating new form of documentary drama. The Winner of the inaugural Edward Kennedy Prize, the Horton Foote Prize for Outstanding New American Play, and the PEN Award for Drama.