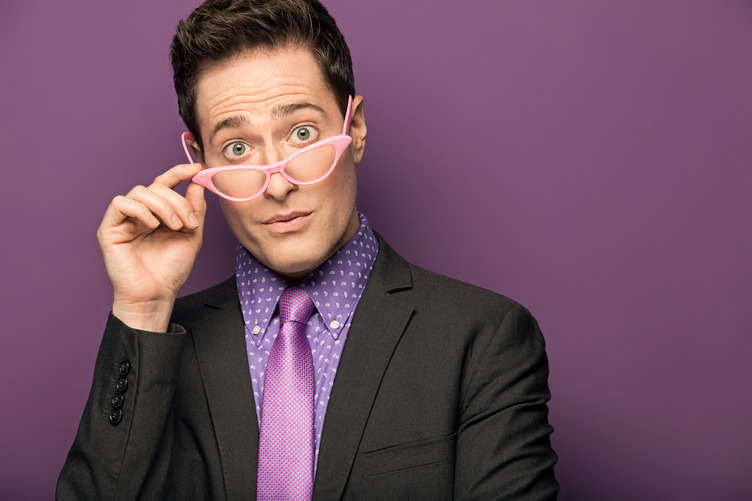 WHEN: Friday, November 1, 2019, 7:30pm
WHERE: State Theatre, 15 Livingston Ave., New Brunswick
TICKETS: $39.50-$85
For tickets, more information, or group discounts, call State Theatre Guest Services at 732-246-SHOW (7469), or visit us online at STNJ.org. State Theatre Guest Services, located at 15 Livingston Ave, New Brunswick NJ, is open Monday to Friday from 10am to 6pm; Saturday from 1pm to 5pm; and at least three hours prior to curtain on performance dates unless otherwise specified. Additional ticket and transaction fees may apply.

Randy Rainbow is an Emmy® nominated American comedian, actor, singer, writer and satirist best known for his popular series on YouTube, The Randy Rainbow Show. His musical parodies and political spoofs that have garnered him worldwide acclaim and in 2019 an Emmy® nomination for Outstanding Short Form Variety Series.

Currently touring the U.S. to sold-out shows, the influencer and internet sensation’s viral comedy videos, receive millions of views across all social media and digital platforms. His fresh take on politics and current events has led to interviews/profiles by venerable media outlets such as The Washington Post, The New York Times, CNN, NPR, ABC News, OUT, People and Entertainment Weekly. In a recent article, Forbes Magazine pondered, “Why Randy Rainbow, The Muppets, and The Avengers Should Host the Oscars.” American author and media pundit, Dan Savage, called him “the best thing to come from the GOP race,” and “BRAGGADOCIOUS!” (his musical tribute to the first presidential debate of 2016) received 28 million views in its first two days.

Rainbow has written for numerous comedians, and the cast of NBC’s Will & Grace even performed his parody of “Officer Krupke” (from the musical, West Side Story) at a fundraiser for Hillary Clinton. Rainbow headlined a concert at the Paramount Theatre in New York alongside Rosie O’Donnell and was featured in a musical commercial/campaign for Orbitz opposite Margaret Cho. Rainbow also created and starred in multiple hit web series for BroadwayWorld.com and hosted and performed in numerous theatrical events for the Broadway, cabaret, and gay communities, as well as for the Tony® Awards. He has performed at some of New York City's most popular night spots including 54 Below and Birdland Jazz Club and appeared on RuPaul’s Drag Race and Bravo’s Watch What Happens Live.

He is heard regularly as both a guest and co-host on Sirius XM Radio and recently starred in New York City Center’s Encores production of Call Me Madam, whose score The New York Times called “fresh, light, and beguiling.” Rainbow says that’s what also drew him to the role, “Let’s face it, these past two and a half years in politics have been anything but fresh, light and beguiling.”