WHEN: through Sunday, November 10, Thursdays at 7:30pm, Fridays and Saturdays at 8pm, Sundays at 3pm
WHERE: Luna Stage, 555 Valley Road, West Orange, NJ
TICKETS: $20-$40
https://www.lunastage.org or by calling (973) 395-5551
Special events including pre-show LunaLit book-related events and conversations with guest experts and members of the creative team are scheduled throughout the run. The full schedule posted at LunaStage.org

Set in Nazi Germany, this suspenseful drama explores the relationship between Hannah Arendt and the young prison guard who arrests and interrogates her.

The play takes place in 1933, after Hitler has declared a state of emergency. Martial law is in effect, with a new secret state police in formation, and political activism has become a capital crime. One young police officer, Karl Frick, gets promoted from the criminal division to the new political division. In his first week at his new job, he arrests Johanna Stern, a graduate student seen copying documents in the library. Karl has no idea that Mrs. Stern will become one of the most influential thinkers of the 20th century, known better as Hannah Arendt. Is Mrs. Stern an innocent who pressed a button on the mimeograph machine at the wrong moment? Or is she an enemy of the state? He can already tell that his first interrogation promises to be his most challenging one.

“The story of (Arendt’s) arrest and imprisonment and how she first became ‘stateless,’ not widely known, feels especially relevant to re-imagine today,” says playwright Bader. “And the insight and courage she showed then leave us a legacy of wisdom and inspiration.”

“When I first read the play, I was chilled by the ways it resonates with current events,” says director Kreith. “How do we respond to the detention of innocent people? What happens when political action becomes criminalized? What do we do when laws are no longer fixed and can be applied retroactively to justify prosecution and persecution?”

Playwright Jenny Lyn Bader and director Ari Laura Kreith met at the wedding of two academics who thought seating their two theatre artist friends together would cause them to collaborate. “It felt cringe-worthy at the time,” says Bader, “but somehow we have been collaborating ever since.” Ari has directed Jenny Lyn’s work including Memory Play (Women’s Project Directors Forum - w/ Eli Wallach), Out of Mind: 7 Short Plays With Some of the People Missing (Stamford Fringe Festival), History of Communication (World’s Fair Play Festival, Queens Theatre), and The Love Experiment (The Painting Plays, Guild Hall - w/ Tovah Feldshuh). They have also worked together on multi-author projects such as 2Gether (Six Figures), How We are Connected: Caribbean (Museo del Barrio; Brooklyn Museum), The Church of Why Not (Theatre 167), all three plays in the Jackson Heights Trilogy (Theatre 167), and I Like to Be Here (New Ohio Theatre), affectionately known as “the fourth trilogy play.” They co-founded Theatre 167 where Ari served as Artistic Director and resident director and Jenny Lyn was resident playwright and served as Director of Artistic Development and then Artistic Producer. Theatre 167 received the Outstanding Premiere Production Award (NY Innovative Theatre Foundation) as well as NYITF’s Caffé Cino Award for consistently producing outstanding independent theatre. 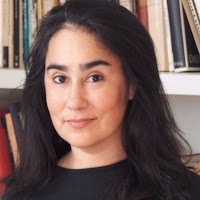 Jenny Lyn Bader is a playwright living in New York City. Her plays include None of the Above (New Georges), In Flight (Turn to Flesh Productions), and Manhattan Casanova (Hudson Stage). One-acts include Worldness (Humana Festival), Anniversary Season (Mona Bismarck Center, Paris), and Miss America (NY Int’l Fringe, “Best of Fringe” selection). For This Is Not a Theatre Company, she wrote The International Local (Subway Plays app) and co-wrote Café Play (Cornelia St. Café). Her work has been published by Dramatists Play Service, Smith & Kraus, Vintage, Applause, The Lincoln Center Theater Review, and The New York Times, where she was a frequent contributor to the “Week in Review.” A Harvard graduate, Jenny Lyn has received the Edith Oliver Award (O’Neill Center) and Lark Playwriting Fellowship (nominated by Wendy Wasserstein) and is a 2019 Athena Theatre Playwriting Fellow. Her short play Show and Tell will be featured in the 2019 Red Eye 10s International Theatre Festival. Her solo piece Equally Divine, presented at the New York Society Library’s new work series last year, will be featured in the United Solo Festival on Theatre Row this fall. She belongs to the Dramatists Guild, LPTW, and the Playwrights Gallery. For more, see www.jennylynbader.com.

Ari Laura Kreith is the Artistic Director of Luna Stage, where she recently directed Gabriel Jason Dean’s Heartland and J.Stephen Brantley’s Pirira and conceived/co-directed the site-specific Secret Cities. She is also the founder and Artistic Director of Theatre 167, where she conceived and directed The Jackson Heights Trilogy—167 Tongues, You Are Now The Owner Of This Suitcase, and Jackson Heights 3AM — three full-length plays collaboratively written by 18 playwrights featuring 37 actors in 93 roles in 14 languages, inspired by the world’s most diverse neighborhood. Other directing highlights include Mourning Sun, which premiered at Theatre 167 and toured to Uganda; the world premiere of Tina Howe’s Singing Beach; commissions for Queens Theatre and the New Ohio, and the European premiere of Adam Guettel’s Myths and Hymns. Ari has developed immersive, site-specific projects for Luna Stage, Queens Museum and the NY Transit Museum. A recipient of the LPTW Lucille Lortel Visionary Award and the NYIT Caffe Cino Fellowship, Ari received her BA from Yale and her MFA from UC Davis. Ari grew up in 27 countries.