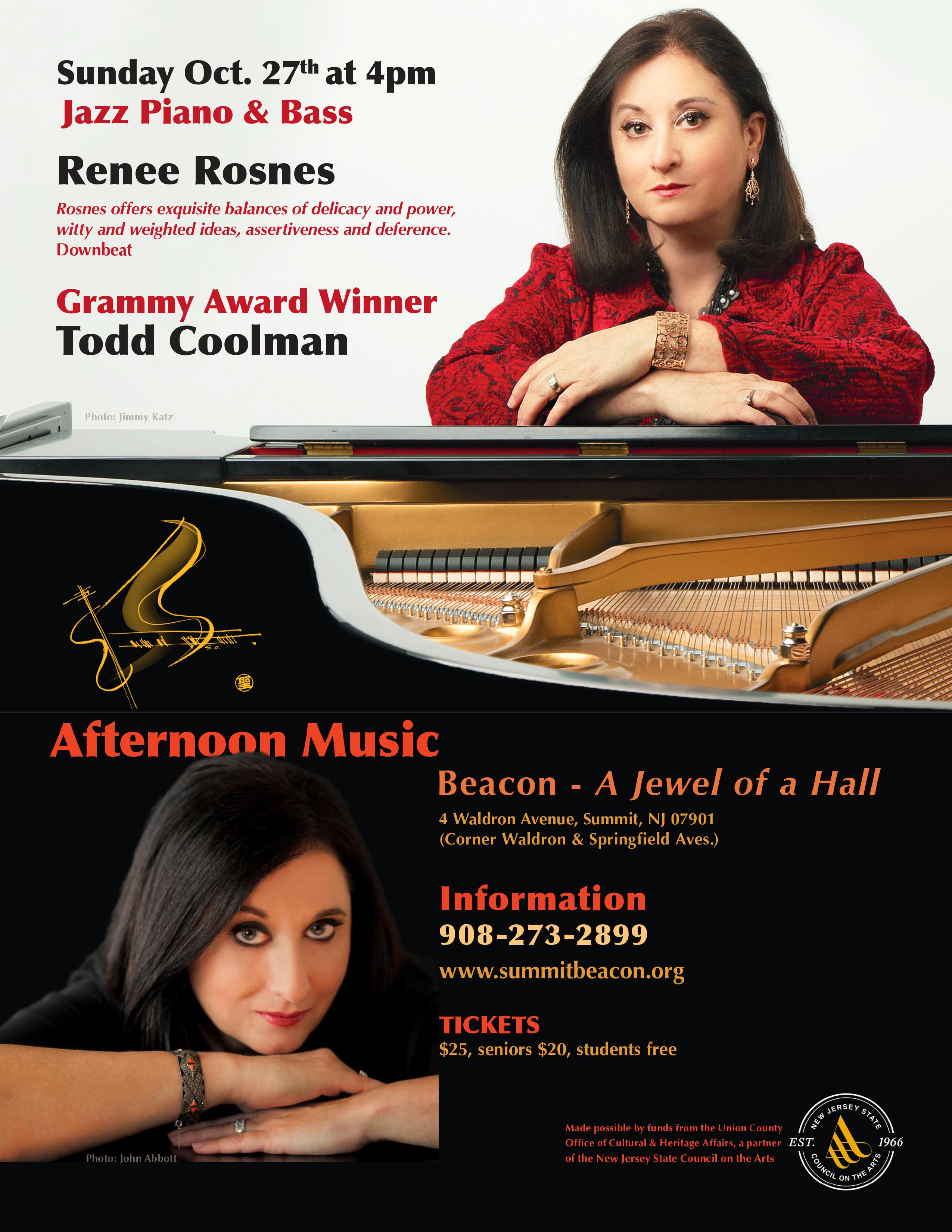 Rosnes is one of the premier jazz pianists and composers of her generation. Upon moving to New York City from Vancouver, she quickly established a reputation of high regard, touring and recording with such masters as Joe Henderson, Wayne Shorter, Bobby Hutcherson, J.J. Johnson and Ron Carter. She was a founding member of the all-star ensemble, the SFJAZZ Collective. Her 2016 recording Written in the Rocks (Smoke Sessions) was named one of the ten Best Jazz Albums of the Year by The Chicago Tribune, one of the Best Albums in all genres of music by The Nation and was honored with a 2017 Canadian Juno Award. She tours internationally with the Ron Carter Quartet Foursight and is pianist and musical director for the brilliant all-star all-woman septet ARTEMIS. She is married to pianist Bill Charlap, and the duo was featured on four tracks from the Grammy winning album, Tony Bennett & Bill Charlap: The Silver Lining, The Songs of as a Jerome Kern.

At this performance, she will be joined by virtuoso bassist Todd Coolman. Both were longtime members of the quartet of NEA Jazz Master James Moody. Coolman has performed and/or recorded with a virtual Who’s Who of jazz artists including Horace Silver, Stan Getz and Gerry Mulligan, and he performs and records as leader of his own trio, Trifecta.

The audience is invited to meet the artists at a reception after the performance.