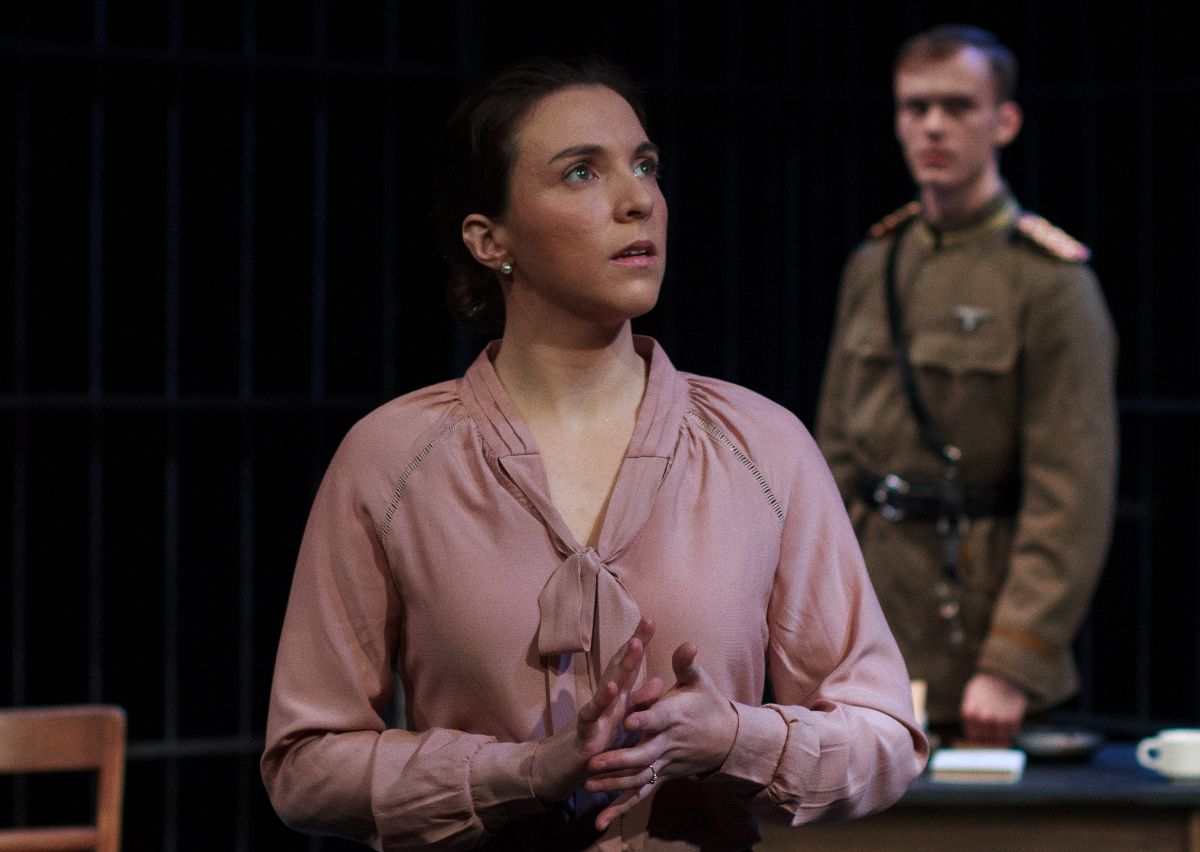 Ruth Ross, NJ Arts Maven calls the production “An intimate, riveting revelation of insight and courage expressed in unexpected ways... providing optimism for the fate of the human race!”

And Johanna R. Ginsberg writes in New Jersey Jewish News "In a moment of intense polarization in our own political discourse, the play is more than a history lesson and a drama; it’s also a dissertation on how to speak to another person across a seemingly impassable gulf.”

"I won't be surprised if it makes the leap to New York City where I think it really belongs."—Peter Filichia, Broadway Radio

Set in 1933 Berlin, Mrs. Stern Wanders the Prussian State Library is a fantastical drama about one of our deepest thinkers, inspired by real events.

Johanna Stern will become one of the most influential thinkers of the 20th century. But at the moment, no one has heard of her, or even of the name she writes under, Hannah Arendt. She is merely a graduate student with one book under her belt. Karl Frick is a young officer, recently promoted from the criminal police force to the political police force, a new division in 1933 Berlin. His first interrogation in this new job promises to be his most challenging one.

The play is appropriate for family audiences, and recommended for ages 12+.