Dreamcatcher presents World Premiere of “The Lucky Ones” 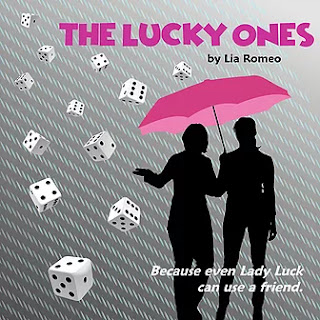 The Lucky Ones
by Lia Romeo

WHEN: September 26 through October 13, 2019. Performances are Friday and Saturday nights at 8pm, and Sundays at 2pm. Thursday, September 26 is a preview performance; all tickets $25. Friday, September 27 is opening night, followed by a reception with the cast. Sunday, September 29 is Senior Sunday; seniors age 65+ pay $25. Talkbacks follow the September 29 and October 6 matinees.
WHERE: The Oakes Center, 120 Morris Ave., Summit
TICKETS: $25 to $39, with special rates for subscribers and groups.
Purchase tickets at www.dreamcatcherrep.org or by calling Brown Paper Tickets at 800-838-3006.

Dreamcatcher Repertory Theatre, professional theatre in residence at Oakes Center in Summit, is kicking off its 25th Anniversary Season with the World Premiere of The Lucky Ones. This dramedy has been developed in New York and New Jersey theatres over the last several years and was a part of Dreamcatcher’s “Meet the Artist” series last spring.

The play tells the story of Vanessa and Janie, who are best friends until a devastating diagnosis forces them to consider what that friendship means and how much it matters. With wit and humor, Romeo serves up an exploration of aging, mortality, and the value and complexity of female friendship. The production is directed by Betsy True (Westfield) and features Dreamcatcher ensemble members Laura Ekstrand (Livingston), Scott McGowan (Maplewood) and Harriett Trangucci (Summit). 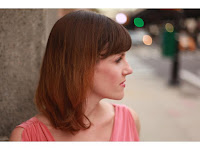 Lia Romeo's plays have been produced at 59E59, Project Y Theatre Company, Unicorn Theatre, HotCity Theatre, Stillwater Theatre, Renegade Theatre Experiment, Forward Flux Productions, New Origins Theatre Company, Jersey City Theater Center, Porch Light Productions, The Skeleton Rep, MCS Theater, and Xpressions Performing Arts Network, as well as multiple high schools and universities, and have been developed at the Lark, San Francisco Playhouse, Abingdon Theatre, and elsewhere. She has been nominated for the ATCA/Steinberg Award for best new play and the NYIT Award for outstanding full-length play, and has been recognized by the O'Neill (finalist), the Heideman Award (finalist), and the Kilroys List (honorable mention). She is a 2018 Individual Artist Fellowship winner in playwriting from the New Jersey State Council for the Arts. She was the National New Play Network Emerging Playwright-in-Residence at Writers Theatre of New Jersey, and she is currently a member of the Project Y Playwrights Group and a company member with InViolet Theater. She is also the associate artistic director at Project Y Theatre Company and the new play coordinator at Jersey City Theater Center. Her plays are published by Playscripts and Smith & Kraus. She earned her B.A. from Princeton University and her M.F.A. in playwriting from Rutgers/MGSA, and she teaches in the graduate creative writing program at Fairleigh Dickinson University.

Parking is available in the lot behind the theatre at 20 Ashwood Avenue and on the street surrounding the theatre.

The facility is wheelchair accessible.

Assistive listening devices for patrons who are hearing impaired and advance large print scripts are available for free by prior arrangement.