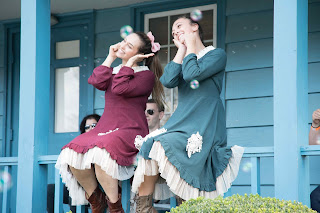 WHEN: Saturday, September 28, from 1 – 4 p.m. The rain date for the Liberty Hall Dance Festival is Sunday, September 29.
WHERE: Liberty Hall Museum is located at 1003 Morris Avenue in Union, New Jersey.
ADMISSION: $20.00 for adults, $15.00 for students/seniors and $12.00 for children ages 3 – 17. Admission includes access to all dance performances, classes and the first floor tour of Liberty Hall Museum. All ticket sale proceeds support both Buggé Ballet and Liberty Hall Museum. Reservations are suggested; tickets can be purchased by phone at (908) 527-0400 or by online at www.kean.edu/libertyhall/events 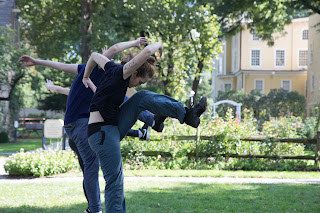 Liberty Hall Museum at Kean University has partnered again with Buggé Ballet for a one-of-a-kind event, the Liberty Hall Dance Festival! For the third year in a row, guests will spend an afternoon walking through the beautiful museum grounds, enjoying site-specific professional dance performances inspired by moments in history.

“We are thrilled to bring Liberty Hall Dance Festival to the Union County community for the third year in a row. This year we are presenting companies from the greater tri-state region as well as our first international dance company from Italy,” said Nicole Buggé, artistic director of Buggé Ballet who is organizing the dance festival.

“I’m so excited to take part in Liberty Hall Dance Festival, I met Nicole Buggé some years ago on one of my first trips to NYC. I really love the mood and view of the festival, living the nature and buildings through dance is a very interesting way to present dance to audience,” said Simona De Tullio from Italy’s Breathing Art Company. 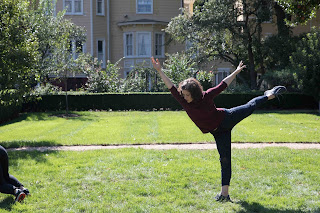 The dance festival is the latest innovation from Liberty Hall Museum at Kean University, which, in 2015, was the first museum in New Jersey to use augmented reality in an exhibition and is always looking for new ways to make history come alive for a modern audience.

“The Liberty Hall Museum and Academic Center is proud to continue its partnership with Buggé Ballet. Supporting the arts is a vital component of the Liberty Hall legacy and we are honored to continue that tradition," said Lynette Zimmerman, Executive Director.

ABOUT BUGGÉ BALLET
Buggé Ballet is a critically acclaimed ballet company based in New Jersey and led by founding artistic director Nicole Buggé. Called "Fresh…charming…a wonderful articulation of Americana." by Edward Villella, the company’s vision is to be a modern-day storyteller exploring human behavior though contemporary ballet. The company seeks to create universally appreciated works that inspire, delight, and engage our audiences through captivating movement. The company has been featured on PBS in WHYY’s Friday Arts series as a winner in Rider University’s inaugural Emerging Choreographers Competition. Buggé Ballet performed internationally at the Edinburgh Fringe Festival in Scotland and presented multiple commissioned works at Lincoln Center and with One World Symphony in New York City. Buggé Ballet toured in Virginia and Maryland with its annual Nutcracker production, has been part of the curated NuDance festival, and Breaking Glass: The Emerging Female Choreographers Project. The company has performed in Asbury Park and Point Pleasant in New Jersey, in addition to at Jazz at Lincoln Center, Bryant Park, The Ailey Citigroup Theater, NYC Fashion Week, and Dixon Place in New York City. Buggé Ballet is the founder and creator of Liberty Hall Dance Festival, an annual historically inspired site-specific performance in Union, NJ. www.buggeballet.com