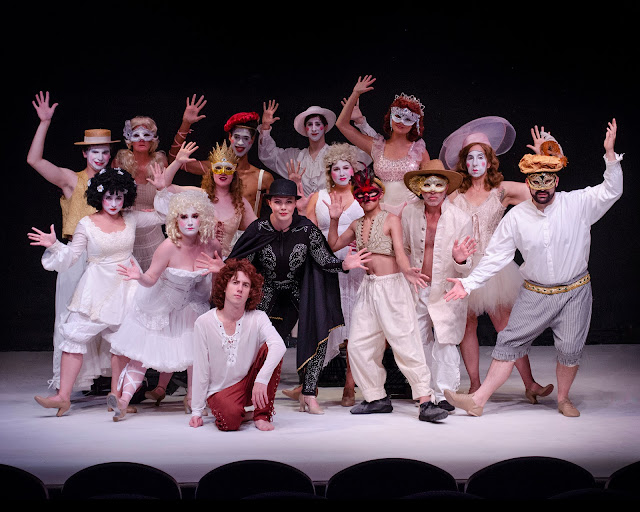 WHEN: September 14th through October 12th, 2019. Shows will be on Fridays and Saturdays at 8pm and Sundays at 2pm
WHERE: The Little Firehouse Theatre, 298 Kinderkamack Road in Oradell
TICKETS: all seats $25
Tickets can be purchased online at www.bcplayers.org, by calling 201-261-4200 or by visiting the box office at 298 Kinderkamack Road in Oradell during regular box office hours.

This coming-of-age musical tells the story of Pippin (Tom Kiely), a young prince and heir to the throne of Charlemagne, who longs for passion and adventure in his life. The musical uses the premise of a magical and mysterious troupe of performers, led by the charismatic Leading Player (Kimberly Olson Bunker), to chronicle Pippin?s quest. With the encouragement of the Leading Player, Pippin explores the glories of war, the temptations of love, and the intrigues of political power before discovering that happiness lies not in the extraordinary but in the ordinary moments that happen every day.

Filled with wondrous magical feats and sizzling choreography, Pippin boasts a book by Roger O. Hirson and an unforgettable score from four-time Grammy winner, three-time Oscar winner and musical theater giant, Stephen Schwartz (Wicked, Godspell). It features songs that have become Broadway standards, including “Magic to Do,” “Corner of the Sky,” “Glory,” “No Time at All,” “Morning Glow” and “Love Song.” The original production of opened on Broadway in 1972 under the direction of Bob Fosse and played for nearly 2,000 performances.

The talented cast of Pippin includes Kimberly Olson Bunker of Hackensack as Leading Player, Tom Kiely of Allendale as Pippin, Mark Bogosian of Tenafly as Charlemagne, Elaine Thoman of Ridgewood as Fastrada, Dan Loverro of Parsippany as Lewis, Carol Fisher of Teaneck as Bertha, Candice Belina of Paramus as Catherine, and Alex Café of Emerson as Theo. Other members of the company include Elisabeth Erdmann of Nutley, Jenna Stewart of River Vale, Cassandra Barckett of Little Falls, Angelina Aragona of Washington Township, Eric Holzer of Montclair, Eitan Hiller of Teaneck, and Aaron Correa of River Vale.

The Bergen County Players, Inc. is a non-Equity, non-profit community theater company dedicated to presenting quality productions for the enrichment of the community.