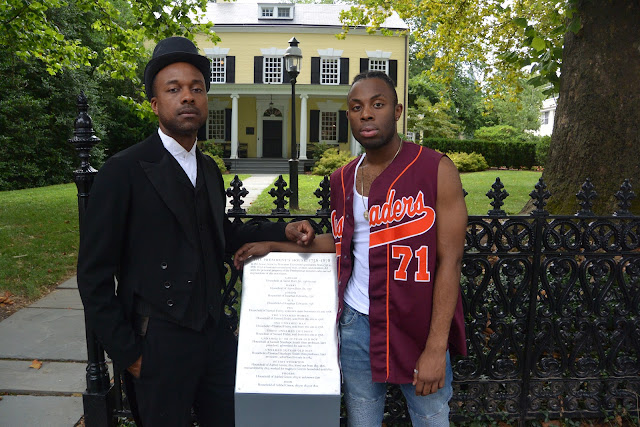 Suzan-Lori Parks’ Topdog/Underdog may be ending Princeton Summer Theater’s 2019 season, but also represents many firsts for the company, which celebrates its fiftieth anniversary next year.

Not only is it the first time that the company will present a play written by an African-American woman (Parks won the Pulitzer Prize for Topdog/Underdog in 2002), it is also the first PST production to feature an entirely African-American cast, comprised of Travis Raeburn and Nathaniel J. Ryan. At the helm is New York theater artist Lori Elizabeth Parquet in her professional directing debut, another first.

Summer-stock theater companies are not generally known for producing plays like Topdog, despite its status as a modern masterpiece. But in its five decades of history, PST has always flouted the rules of traditional summer theater, providing a laboratory for early-career artists to hone their craft. Topdog was certainly not 2019’s only groundbreaking PST production; its predecessor was a contemporary and radical reimagining of A Midsummer Night’s Dream, adapted and directed by longtime PST artist Maeli Goren.

This laboratory is not only important for university-age actors and directors, but also for the local high schoolers who assist backstage under the supervision of longtime technical director Jeff Van Velsor. The company’s internship program provides unprecedented exposure to professional-level theater for students like Rakesh Potluri of Skillman, a recent Princeton Day School graduate and incoming Princeton University freshman. After five seasons at PST, Potluri will make his professional set design debut with Topdog/Underdog.

With its forward-looking eye and long history of connection with the local community, it seemed a natural choice to choose Parks’ slyly comic fable of two contentious brothers named Lincoln and Booth, whose only notes on setting are the words “here” and “now.” Accordingly, Parquet, Potluri, and the production team have chosen to incorporate nods to Princeton’s historically African-American Witherspoon-Jackson neighborhood throughout the production design, such as a sign for John Street visible in an apartment window.

Though the text of the play is not Princeton-specific, the production aims to bring its exploration of race and prejudice in contemporary America home to Mercer County. In doing so, it asks audience members to critically examine the pasts, presents, and futures of their own communities as PST does the same on the precipice of its second half-century.