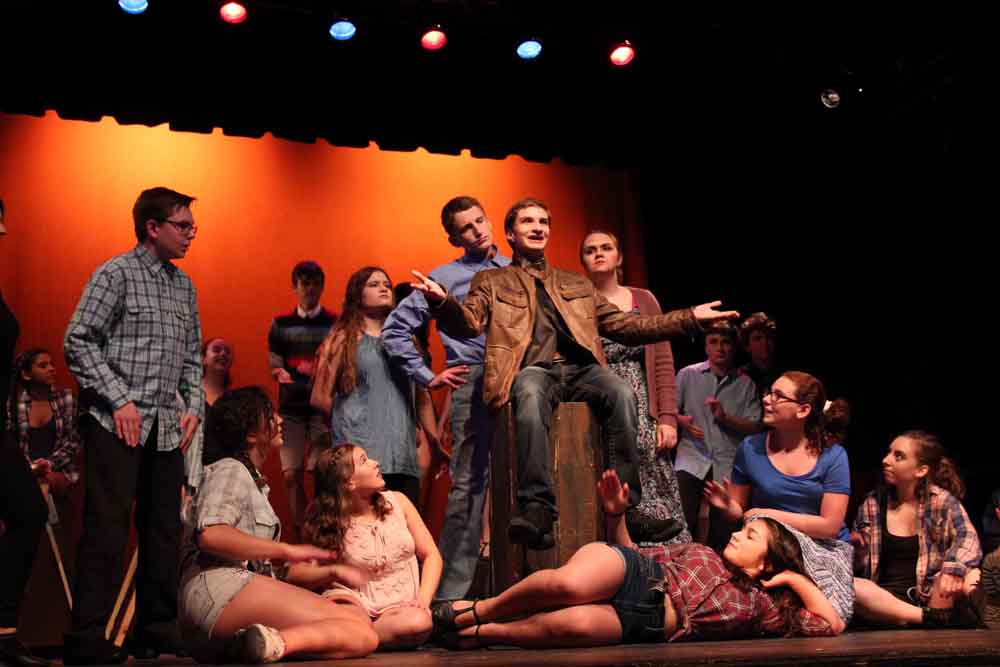 Dedicated to the enrichment of young lives through experience in the theatre arts, the Centenary Stage Company’s Young Performers Workshop is now seeking new and returning applicants for the 2019 Fall Session. Students enrolled in the Young Performers Workshop 2019 Fall Session will also have the opportunity to audition for Centenary Stage Company’s Family Holiday Spectacular, Beauty and the Beast and may be cast if appropriate.

The Young Performers Workshop is open to children ages 8 to 18 and no experience is required to participate. All new applicants are required to complete an interview with program director, Michael Blevins, prior to acceptance into the program.

The Young Performers Workshop 2019 Fall session is a 15-week intensive musical theatre program designed to meet the needs of beginning, intermediate and advanced performers interested in working in theatre. The hands-on program utilizes both the classroom and the “production process” to train young people in the theatre arts. Students will train in acting, voice and dance in one of only a handful of programs in the nation that offer to young theatre artists both formal training and practical production experience.

The workshop meets on Saturdays between the hours of 10:00 am and 6:00 pm, with additional rehearsals called based upon individual production need.  Career-minded individuals can prepare for the rigors of a professional career, while students not aiming for a professional performing career benefit from the program with its emphasis on discipline, self-worth and development of communication skills. The program includes the production of at least two major musicals and students are guaranteed a part in at least one. Students registered in the 2019 Fall session will also have the opportunity to audition for Centenary Stage Company’s Family Holiday Spectacular, Beauty and the Beast. If cast YPW students will work have the opportunity to work directly with the Centenary Stage Company alongside professional guest artists.

Young Performers Workshop is under the direction of Broadway, film and television veteran Michael Blevins. An alumnus of the University of North Carolina and NY University, Blevins has appeared in several Broadway productions including Bring Back Birdie, Little Me, and The Tap Dance Kid in which he originated the role of Winslow Alexander. He has appeared on the Tony Awards Show as well as in many feature films and TV commercials and is widely known for his portrayal of Mark in the film version of A Chorus Line. He has worked with many noted directors, including Danny Daniels, Bob Fosse, Woody Allen, Vivian Matalon, Joe Layton, Lynn Taylor Corbett and Peter Gennaro. He has choreographed music videos for Amy Grant, five national commercials as well as the Off-Broadway production of The Mad Forrest.

The 2019-2020 season of performing arts events at the Centenary Stage Company is made possible through the generous support of the Geraldine R. Dodge Foundation, the NJ State Council on the Arts, the Shubert Foundation, the Blanche and Irving Laurie Foundation, the Sandra Kupperman Foundation, Zonta Morristown Chapter and CSC corporate sponsors, including Season Sponsor Heath Village Retirement Community, The House of the Good Shepherd, Silver Sponsors Hackettstown Medical Center with Atlantic Health System, Home Instead Senior Care (Washington), and Fulton Bank, and Centenary Stage Company members and supporters.