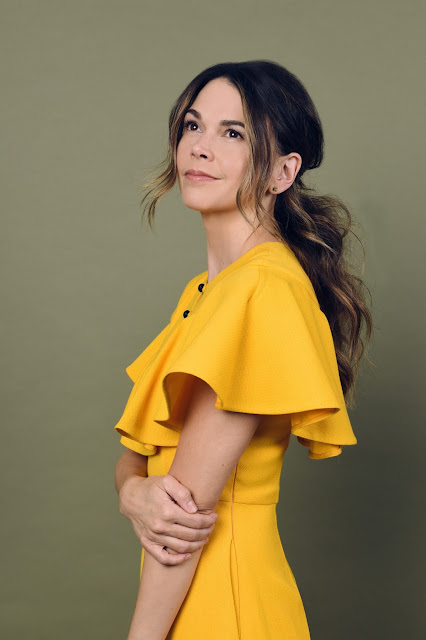 WHEN: Friday, November 8, 8 PM; Friday, January 31, 8 PM; Saturday, May 9 at 8pm
WHERE: McCarter’s Matthews Theatre, 91 University Pl., Princeton
TICKETS: start at $25 and will be available for PSO supporters and McCarter members on Tuesday, August 20; for subscribers on Wednesday, August 21; and for the general public on Friday, August 23, via www.mccarter.org or www.princetonsymphony.org, also by phone at 609 258-2787, or in person at the McCarter Ticket Office, located at 91 University Place in Princeton.

Princeton Symphony Orchestra (PSO) and McCarter Theatre Center announce the start of a new collaboration to co-produce an inaugural series of performances combining elements of the theater with the power of live music.

Heralded as PRINCETON POPS, the three-show series opens with a concert featuring superstar Sutton Foster. Following in 2020 are a staged reading of the delightfully funny new musical The Big Time and a concert devoted to The Art of the Movie Score conducted by Rossen Milanov, the PSO’s Edward T. Cone Music Director. All performances take place at

Both organizations are mainstays of the Princeton arts scene and veterans at producing high-quality audience experiences. This new series replaces the PSO’s annual Saturday Evening POPS! concert, while expanding pops offerings to the Princeton community.

Enthusiastic about this project, PSO Executive Director Marc Uys says, “Launching this collaboration with McCarter is a big deal! It is exciting to combine our artistic resources in order to present programming that either of us would struggle to do alone. Working together, everyone benefits—especially our audiences.”

McCarter’s Managing Director Michael S. Rosenberg adds, “Co-producing this series with the Princeton Symphony Orchestra is a great opportunity for McCarter to step back into the world of musical theater. By collaborating, we can bring to life bigger projects and welcome more audiences and artists to our theater. We hope people get excited about this collaboration, which will let us do even more in the future.”

On Friday, November 8 at 8pm, two-time Tony Award winner and star of TV Land’s popular series Younger, Sutton Foster (TOP) shares a love of performing Broadway tunes and personal song favorites with her show An Evening with Sutton Foster. She’s joined on stage by the Princeton Symphony Orchestra for what promises to be an exceptional night.

On Friday, January 31 at 8pm, Broadway stars and musicians of the PSO will perform a concert and staged reading of The Big Time, a new musical comedy from Douglas Carter Beane—author of Broadway’s Sister Act, Cinderella, and Xanadu—and composer Douglas J. Cohen. It’s the height of the Cold War when Russian spies take over an ocean liner holding all of NATO. Leave it to lounge singers on board to save the day by teaching the communists to put down their AK-47’s and pick up singing, dancing, and comedy. The war is cold but the numbers are hot in this show with a ring-a-ding score that might just bring back the Rat Pack.

The series culminates on Saturday, May 9 at 8pm with The Art of the Movie Score, conducted by Rossen Milanov and featuring violinist Daniel Rowland. This fabulous night of film music showcases the artistry of a well-wrought film score, and includes music from Star Wars, Harry Potter, Vertigo, La La Land, and more.

Sponsorship packages are available for all three performances, and include VIP seating and artist meet & greet events. For more information about these opportunities, contact Suzanne Wray at the PSO at 609-497-0020 or Lindsey Forden at McCarter at 609-258-6544.

Programs, artists, dates, and times are subject to change.