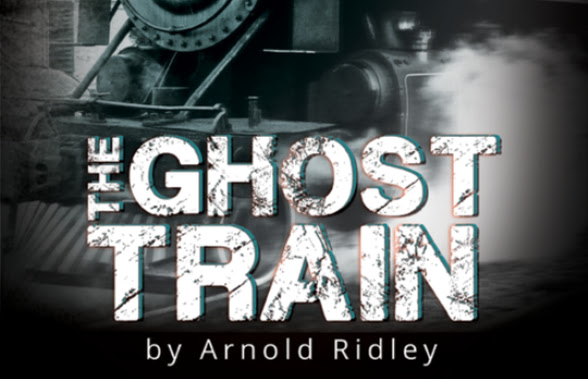 THE GHOST TRAIN
BY ARNOLD RIDLEY

WHEN: Wednesday, September 4, from 10:30 AM to 7:30 PM. Auditions are by appointment and interested performers must call the Centenary Stage Company box office at (908) 979 – 0900 to schedule. Walk – ups will be seen on a first come first serve basis as time permits.
WHERE: Edith Kutz Theatre of the Lackland Performing Arts Center located on the campus of Centenary University at 715 Grand Ave., Hackettstown

Centenary Stage Company the professional not-for-profit theatre company in residency on the campus of Centenary University will be holding AEA auditions for the upcoming main stage production of The Ghost Train by Arnold Ridley.

Arnold Ridley's classic drama was first produced in 1925 and filmed no less than three times. A long-running success in London and on Broadway and packed with thrills, chills and laughter.

In Maine near the Canadian border, there's a legend of a phantom locomotive sweeping through a peaceful village leaving death in its wake. Accidentally stranded in the waiting room of this railway station and despite a psychic station master's weird stories of a ghost train, the six passengers decide to stay the night. Soon they regret this decision as ghostly and not so ghostly apparitions materialize and the Ghost train come barreling down the line.

Rehearsals for The Ghost Train begin September 17 with performances running October 4 through the 20 in the Sitnik Theatre of the Lackland Performing Arts Center. Performances are Wednesdays and Sundays at 2:00 PM, Thursdays at 7:30 PM and Fridays and Saturdays at 8:00 PM.

The 2019-2020 season of performing arts events at the Centenary Stage Company is made possible through the generous support of the Geraldine R. Dodge Foundation, the NJ State Council on the Arts, the Shubert Foundation, the Blanche and Irving Laurie Foundation, the Sandra Kupperman Foundation, and CSC corporate sponsors, including Season Sponsor Heath Village Retirement Community, The House of the Good Shepherd, Silver Sponsors Hackettstown Medical Center with Atlantic Health System, Home Instead Senior Care (Washington), and Fulton Bank, and Centenary Stage Company members and supporters.