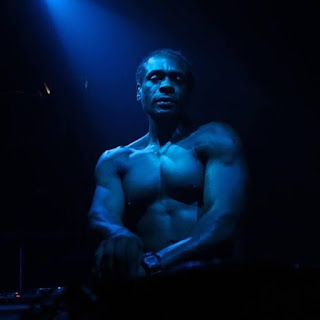 Trinidad-born, Timmy Regisford is known for his brand of soulful dance music.  Regisford is a music industry veteran with a platinum resume that includes the position of Music Director of NY’s WBLS in 1985; A&R Director of Atlantic Records in 1988 where he signed Miki Howard and Levert; then onto A&R at MCA Records where he developed Loose Ends and Colonel Abrams and signed multi-platinum R&B group Guy featuring mega producer Teddy Riley and he also signed the icons Eric B and Rakim. As Vice President of A&R at Motown Records, signed acts Today, and Johnny Gill. In 1996, Regisford became Vice President of A&R at Dreamworks Records. Regisford was also one of the founding people behind the legendary Club Shelter parties in New York City. The inception of his internationally acclaimed club parties over 20 years ago helped pioneer the soulful house music sound that has shaped the face of house music all around the world.

Taste of the Festival & Artisan Way is a wide array of vendors including international foods, clothing, cultural artifacts, specialty products and giveaways.

The Lincoln Park Music Festival (LPMF) is the largest music experience rooted in traditions of the African American and Afro Caribbean diaspora in the tri-state region. LPMF has expanded into an audience of 50,000-60,000 international attendees that comes together, over two weekends, to experience multiple genres of music including Gospel, Jazz, House, Hip-Hop, Rhythm & Blues, Reggae, Dancehall, Soca, Kompa and of the Latinx/Hispanic diaspora, as well as film, tech and music business education.

The Lincoln Park Coast Cultural District, Inc. (LPCCD) is a non-profit organization actively engaged in the practice of creative place-making. Its mission to plan, design and develop a comprehensive arts and cultural district in the Lincoln Park neighborhood of downtown Newark. Once dominated by dilapidated buildings and vacant lots, the neighborhood is being transformed through LPCCD’s efforts into a “sustainable” arts and cultural district. This redevelopment includes “green” mixed-income housing, an annual music festival and historic preservation projects. LPCCD has completed more than 100 units of housing, and has provided new housing and employment opportunities for a diverse population. LPCCD is well on its way to creating a fully productive, mixed-use neighborhood. LPCCD’s two main arts & culture programs are the annual Lincoln Park Music Festival and Lincoln Park Music Speaks.