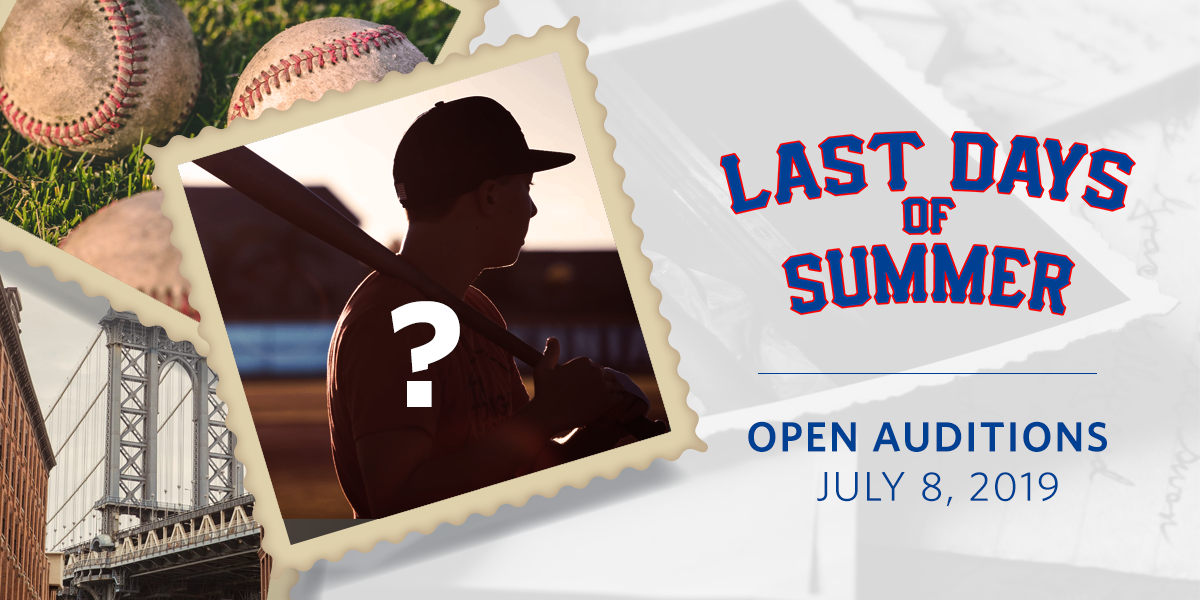 SEEKING BOYS BETWEEN THE AGES OF 10 AND 13

This is the story of 13-year-old Joey Margolis, neighborhood punching bag, growing up fatherless in Brooklyn in the early 1940s. A boy looking for a hero, Joey decides to latch on to Charlie Banks, the all-star third basemen for the New York Giants. But Joey's chosen champion doesn't exactly welcome the extreme attention of a persistent young fan with an overactive imagination. Then again, this strange, needy kid might be exactly what Banks needs.

LET US KNOW IF YOU PLAN ON ATTENDING BY WRITING US AT: Auditions.GSP@gmail.com

For the Following Roles